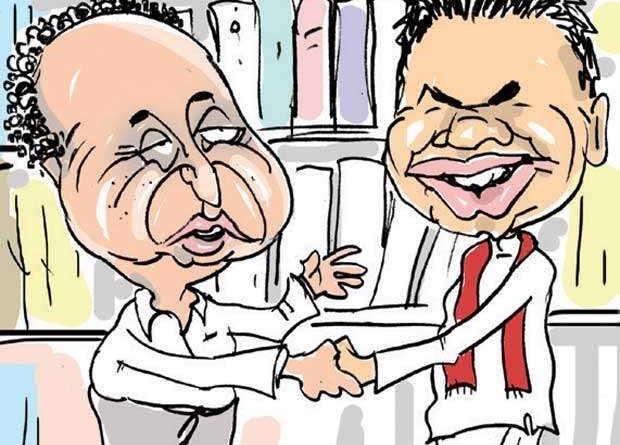 The sons of the former strongman along with several buddies visited the book fair in the city the other day.  The first stall the Diyawanna son was to visit was that of his Sinhala language teacher. And he bought a book and got it autographed by the teacher. He spent some time at this stall recalling humorous incidents dating back to his school days and sharing jokes with his buddies.
The next stall the Diyawanna son was to visit with his buddies was that of the varsity don, who once fought shoulder to shoulder with the late Maduluwawe Sobhita Maha Thera to usher in a Just Society.
The varsity don warmly welcomed the Diyawanna son of the political leader, who was the main target of attack of the movement he spearheaded along with the late Thera in its heyday and holding his hand said:

“Looking back, I feel there’s justification for certain things your father had done!”
Thereafter, he launched a scathing attack on certain political leaders and some of the charges he made are too sensitive to put into print, they say.