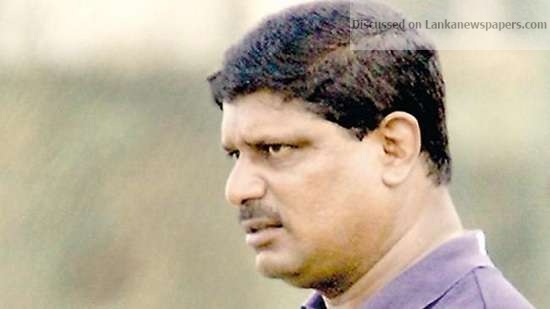 Martis appeared to have slapped a St. Peter’s rugby player during one of their pre-season games in a video which went viral on social media after which World Rugby (WR) got involved in this matter.

“We have taken a decision to suspend Coach Sanath Martis from all forms of rugby as a result of the allegations made against him who seems to have slapped a player several times during a game. We have communicated with WR and they have demanded stern action over his conduct,” SLR President Lasitha Gunaratne told Daily Mirror yesterday (20).

Martis having guided St. Peter’s to the Milo President’s Trophy victory last year is on the verge of winning the Inter-Club League title for Havelock SC in six years.

However, this suspension means that the veteran coach won’t be able to appear on the podium should the Park Club end up being victorious in two weeks time.

“He will not be able to coach them and if Havelock SC go on to win, he cannot appear on the podium with the winning team,” added the former Sri Lanka prop forward.

Gunaratne also claimed that they have contacted Sri Lanka Schools Rugby Football Association (SLSRFA) in order to take further action as the incident involves a schoolboy.

“We have informed SLSRFA about the matter and they have the right to take further action over this incident,” said Gunaratne.

SLR will call for a council meeting next week during which the exact length of his suspension will be decided.