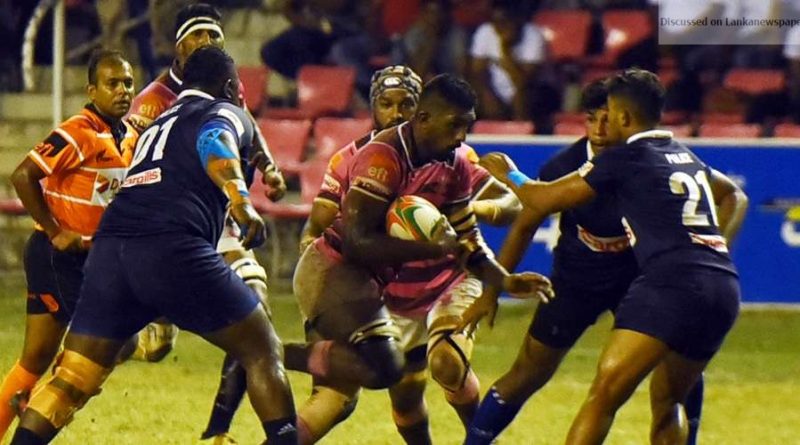 With this win, Havelock SC leapfrogged arch rivals Kandy SC to top the points table with a healthy three-point advantage, with two games to go.

The hosts scored their points through five goals and five conversions, while the Cops managed to record only four tries and three conversions.

Police SC went ahead with just four minutes on the clock when flanker Udaya Sanjula went over the line, after he collected the ball from Emosi Vunivosa.

Their lead was short lived however, as the hosts were quick enough to pull back a try when Chamara Dabare went over the line with an acrobatic finish, to score Havelock’s first try.

Riza Mubarak made no mistake in the conversion and the scores were 7-5.

Dinuk Amarasinghe scored the second Havies try to make the scores read 14-5, but the Cops managed to cut their lead when Iroshan Silva caught the Havelock SC players off-guard as he sprang to life out of the blues, and went all the way to touch down.

Janith Chandimal was successful at the conversion, and the scores were amended to 14-12.

Dabare scored his second try of the evening when the wing collected a drop kick close to the throw line and dodged few Police SC players before touching down.

Mubarak bisected the poles and the scores were set to 21-12.

Police SC Skipper Udara Suriyapperuma got his name on the scoresheet when he scored his sides’ third try and the scores remained at 21-19 when the Referee blew for half time.

Amarasinghe scored his second try when the centre produced an electric run before going on to plant the try. Mubarak converted a difficult conversion and set the scores to 28-19.

Police SC’s Rasith Silva was shown red for verbal abuse against the Referee at this stage.

The match was paused for awhile owing to this, and few minutes after play was resumed, Mithun Hapugoda put the icing on the cake as he scored the hosts’ fifth try, which sealed the game.

Suriyapperuma scored a try for the Cops at the dying stages but it proved to be not enough as Havelock SC managed to hold on to an important 35-26 win.