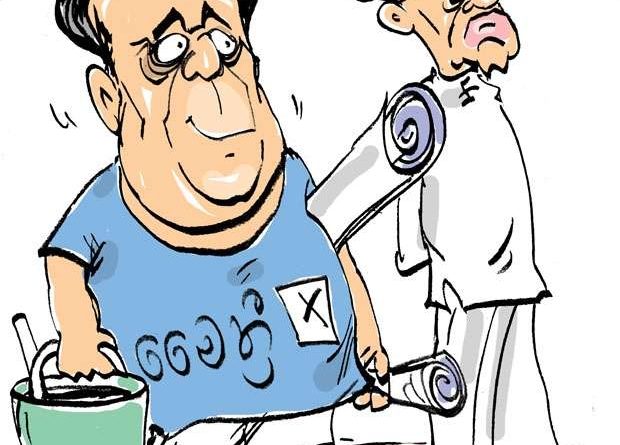 A young Green high-up and a Blue party stalwart had met each other at a celebration recently.

They had taken advantage of this chance meeting to have a lengthy friendly chat and had finally come to the subject of the governing ones appointed recently.
Both during their intimate conversation shared their displeasure over the conduct of certain new governing ones.
“These appointments are now a big scandal!” the Green party’s young high-up remarked.
The Blue party stalwart replied:
“You people got into a mess by appointing an unwanted man to head the main bank! Our people also have now got into a mess by appointing some unworthy characters to head the provinces!”
The Green party’s young high-up had greeted this reply with a loud laugh but had made no comment on it.
By a strange coincidence, the Northern main alliance chief too had recently made the same comment like the one made by the Blue party stalwart, while discussing the same issue with one of his juniors, they say.