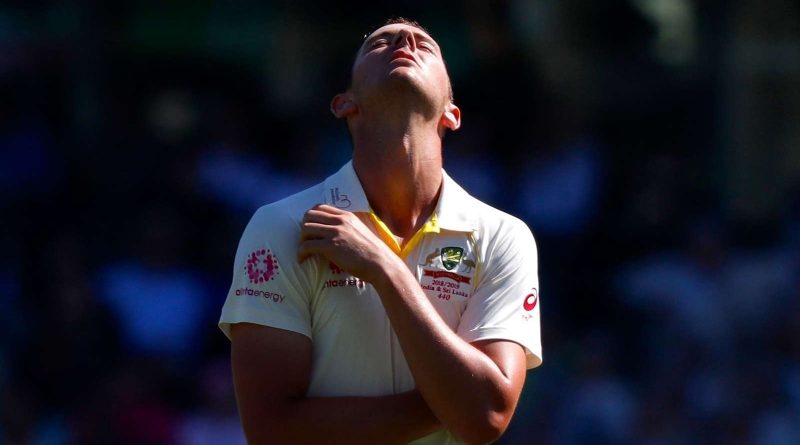 Australia have suffered a major blow ahead of their Domain Test series against Sri Lanka, with key fast bowler and vice-captain Josh Hazlewood ruled out with a back injury.

Western Australia paceman Jhye Richardson has been brought into the squad to replace Hazlewood, who has been diagnosed with an early stage stress fracture.

It leaves Australia without either of the two vice-captains to Tim Paine that were appointed in September, with Mitch Marsh not selected to face Sri Lanka.

Australia are confident Hazlewood will be fit in time for the one-day international World Cup later this year.

“Josh has reported some back soreness over the last few days and scans have revealed a very early stage stress fracture in the same lower back area as his previous injury from last summer,” said physio David Beakley.

“He will now begin a rehabilitation program and we are confident he will be available for selection ahead of the ICC Cricket World Cup in the UK later this year.”

Richardson, who has impressed in the Gillette ODI series against India, joins Mitchell Starc, Pat Cummins and Peter Siddle as the fast bowlers in the squad to face Sri Lanka in two Tests, beginning at the Gabba on Thursday.

“Jhye has had an impressive first half in his Sheffield Shield season and no-one could deny he has now continued that form in ODI matches for Australia,” said selection chief Trevor Hohns.

“We consider Jhye to be an ideal replacement in the squad for Josh.”

It’s second time this season that Hazlewood has missed Tests with a back injury, having sat out the two-Test series against Pakistan in the UAE in September along with Cummins.

While his absence leaves a hole in their bowling stocks, the Australians will also have to consider who to appoint as deputy to Paine with both Hazlewood and Marsh out of the squad.

Richardson, who has played 14 limited-overs matches for Australia but is yet to receive a Baggy Green, returns to the Test squad for the first time since the ill-fated tour of South Africa.

He was overlooked for the subsequent Test series against Pakistan, with selectors instead picking Brendan Doggett and Michael Neser alongside Siddle and Starc, while Chris Tremain was also named an auxiliary quick for the recent campaign against India.

The right-armer is behind only Victorians Tremain and Scott Boland on the JLT Sheffield Shield wicket-taking charts, collecting 27 scalps at 19.03 in five matches for the Warriors this summer.

Richardson, who has just 11 first-class games to his name, collected career-best figures of 8-47 against NSW in November at Optus Stadium.