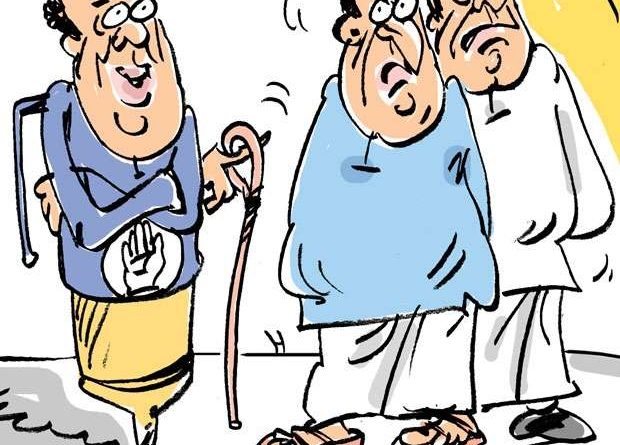 Many Blue party members have begun accusing their new Secretary of being full of airs and graces.  Meanwhile, the party’s old-timers have already started treating him as an upstart.

Some unhappy party seniors have also decided to boycott the ceremonies which are to be attended by the new secretary to register their protest.
When a party high-up pays a visit to the periphery to participate in an important event, all party organizers in the province would attend the occasion as a token of courtesy to the high-ups. But when this new party secretary recently visited Sri Dalada Maligawa in Kandy, of the 13 party organizers of the province only three had turned up to greet him, they say.
It is rumoured that some party organizers have already decided to boycott him when he makes the proposed visit to the South as well.
However, sources close to the palace say that there is no need for him to worry about his survival in the party because he is in the good books of Number One.