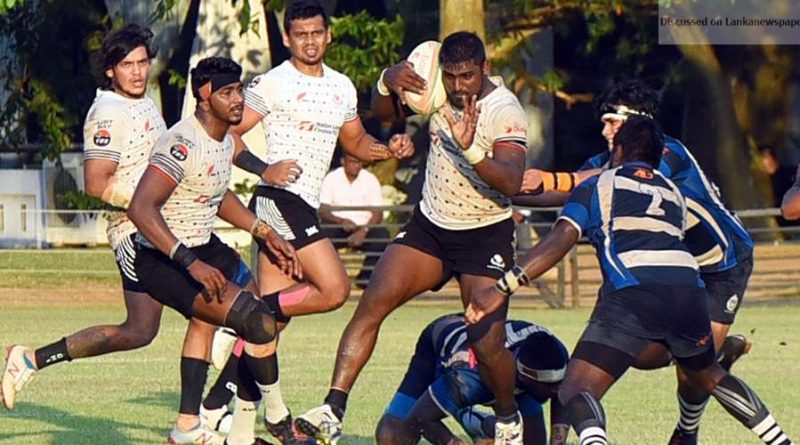 CH wing three quarter Anuradha Herath opened the scoring in the third minute of play with Maduwantha adding the extra points to take the lead 7-0.

Three minutes later, Navy SC prop forward Kasun de Silva crashed through for a cracking try off a rolling maul and the conversion was successfully booted by Captain Thilina Weerasinghe. The scores were level 7-7 at that stage.

Weerasinghe once again made the conversion and Navy SC led 14-7 at that stage.

CH and FC’s Herath produced a fine individual brilliance to score the second try. Maduwantha made the conversion with an easy kick at goal. The scores were level 14-all at half time.

Two minute into the second half, Maduwantha scored a brilliant try while falling over mid-right and the conversion was made by himself. CH and FC led 21-14 at that stage.

Nine minute later, Navy SC second centre Thanuja Malinbada scored another five points for his team and Thilina added the extra points to make it 21-all.

Scrum half Sudam Sooriyaarachchi scored a superb try when he took the ball over the line after receiving a neat pass from hooker Prasath Madusanka and Maduwantha added the extras for CH and FC to lead 28-21 at that stage.

Thereafter, Navy SC winger Chathura Seneviratne playing in the last line of defence scored near the right corner flag with a fine movement. Thilina made the easy conversion to level the scores 28-28.

However, CH and FC sealed the match in their favour five minutes before the final whistle when Maduwantha put over a 45 metre penalty to make the final scores read 31-28.