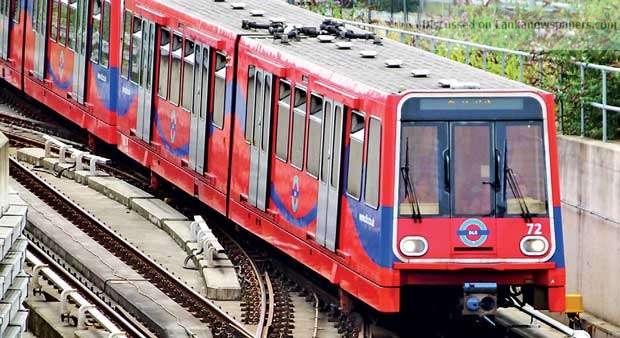 The Japan International Cooperation Agency (JICA) has agreed to lend US $ 1.85 billion to Sri Lanka to build a light rail transit (LRT) service between Colombo Fort and Malambe to ease the congestion in the country’s capital city.
The Finance and Mass Media Ministry in a statement yesterday said the funds will be borrowed at the concessionary interest rate of 0.1 percent, to be repaid within a 40-year period with a 12-year grace period.
The loan will be given in 6 instalments between the period 2019 and 2024. Sri Lanka will get US $ 260 million as the first instalment. Technical assistance for the 17km long rail project with 16 stops will also be provided by JICA.
The Cabinet of Ministers this week approved a proposal by the Finance and Mass Media Minister Mangala Samaraweera to hold negotiations and enter into an agreement with JICA in this regard.
The project will operate under the Megapolis and Western Development Ministry, and the work is expected to begin shortly.
The traffic in Colombo and the suburban areas has worsened in recent years with more and more people gathering to cities looking for better economic prospects.

It was estimated that 18.38 percent of Sri Lanka’s total population in 2017 lived in urban areas and cities.
The quality of Sri Lanka’s public transport has hardly improved during the last decade, and as a result the number of personal vehicles on the road has risen exponentially.
Due to the existing poor public transport system, purchasing a personal vehicle of some kind—a motorbike or a small car has become the dream of every youngster joining the country’s workforce.
Sri Lanka’s vehicle import tax policy is manipulated by politicians during election times to sway public opinion in the hope of getting re-elected.
Although a light railway system may address the congestion on the roads of Colombo to a certain extent, the financial viability of such a project, if it is to be run by the State, is yet to be determined.