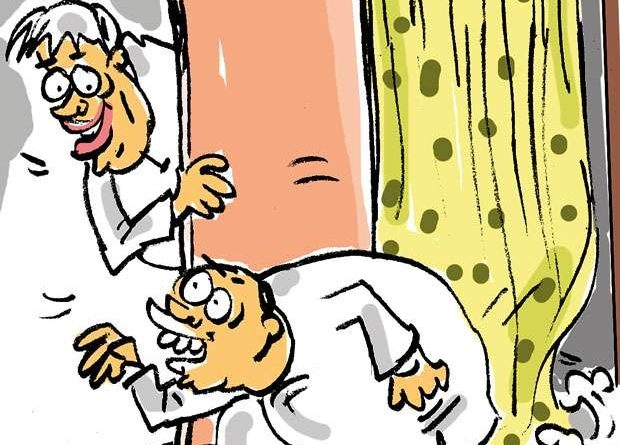 A leading politico who had to suffer a sudden fall from power visited a highly venerated sacred shrine in the country following re-appointment to the same high office and thereafter closeted himself with a select few for an important discussion at a temple close to the shrine.

While this exclusive meeting was proceeding, a prominent provincial politico known to be a stalwart of a rival political party is said to have breezed in there to the amazement of all those present at the temple premises, they say.
The prominent provincial politico who walked into the room where the exclusive discussion was proceeding, reportedly stayed inside for a
long time. Those who were intrigued over the provincial politico’s arrival at the temple at a time high office holder from a rival party was present, later found themselves wondering whether the man was getting set for a somersault, they say.