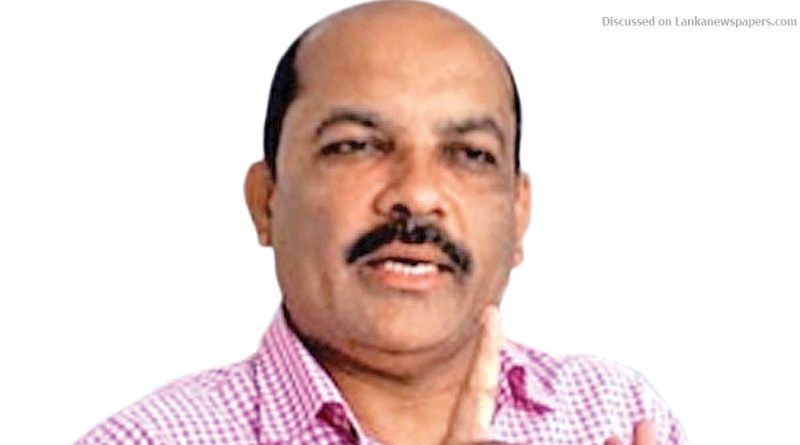 Puttalam District Parliamentarian Palitha Range Bandara warned that he would be forced to take a tough decision if he was not given a Cabinet portfolio by next month. He pointed out that he was the catalyst behind the rise of the United National Party following the recent Constitutional impasse.

He made these comments yesterday at a ceremony organised to hand over equipment to the people in Siyambalawewa in line with the Gamperaliya programme.

The MP added that wherever he went people would say, “Range Bandara is a genuine person who lives by his word and does not waver. They also say I am the catalyst for the attempt to rejuvenate the UNP. A month has passed since the Cabinet was formed, however, to date Range Bandara has not been given a Cabinet post.”

He said it all began when he went to Japan for an official visit. While he was there the Secretary of the Sri Lanka Freedom Party (SLFP) Mahinda Amaraweera made a statement claiming the members of the SLFP in the unity government had decided to pull out. Two hours later a new Prime Minister was appointed.

At the same time, a leading figure in the country called and offered me a Cabinet post along  with Rs.500 million. Thereafter I received another call from a leading figure in the SLFP asking me to join them and promising that all I ask for will be given to me if I do. However, I did not join them. I did not leave the party. That is how I acted. I later learnt that many of our members were called. However, as a man with a backbone, I refused and even revealed everything that took place to the party and the public. I am received with hugs and kisses by my adoring public but now they are beginning to inquire what I have been given by the party for being straightforward and loyal. They also ask why I did not accept the money and the minister-ship that I was offered to join the new government that was formed by the previous regime. I have to take a serious decision on behalf of the Puttalam people. If this problem is not resolved in the early part of next year, I will have to take a tough decision in this regard.

I am determined to sit in the Cabinet in order to solve the people’s problems such as education, health and others. The people have come forward to stage a fast or protest on my behalf. I have calmed them down and asked them to be patient for a little while longer. The people know about Range Bandara and the service done by me on their behalf,” he said.