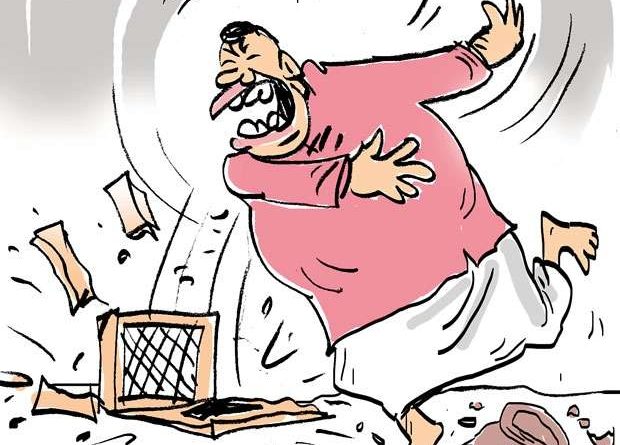 When this prominent politico was facing a formidable challenge to his high office, a group of his close loyalists called at his official residence to advise him to step down from the position in grace.

However, the scene that greeted the group on arrival at the familiar residence was something unexpected and it was terrifying too!
The boss in a terrific rage was dashing some files on the floor and screaming filth at domestic aides and family members.
Whenever this politico loses his temper, he would dash on the floor whatever object he could lay his hands on and would bark at others using choice Sinhala filth, they say. The group of loyalists on the well-meant mission had hurriedly turned back fearing that the boss would vent his anger on them as well, they say.