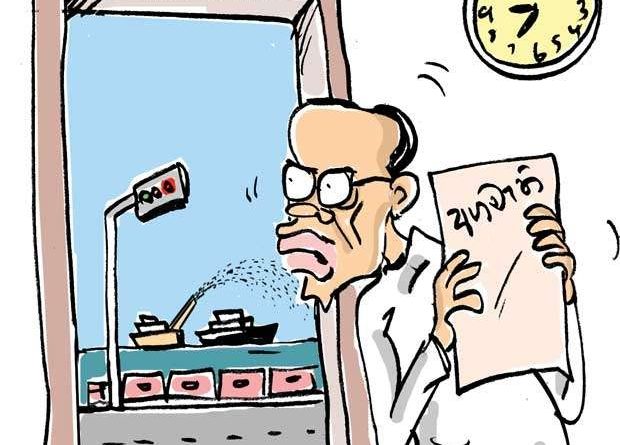 The origin of this story has been traced to a very high place in the country.

According to the story, a well- known political heavyweight had given his solemn undertaking to accept the country’s Number Two office prior to Number One offering it to the former strongman. And that person had badly let down Number One at the eleventh hour.
This heavyweight, a prominent front-liner of a main political party had even informed the Number One of the astrologically auspicious time he had chosen for swearing-in the new office.
The arrangements relating to the swearing-in ceremony had been privy only to two of his family members other than the Number One.
The Number One had all documents cut and dry for the swearing-in ceremony and was waiting for the heavyweight’s arrival when he learnt from a family source to his shock and dismay that the man had done the vanishing trick! By the way, this story had been confided in a prominent party leader when he called at a very high place for a decisive discussion.  Now, everyone would be curious to know who that truant politico was.  All we can say that he is a hard-working politico. If you cannot still make a guess, here is another clue: this worthy never utters a word about our perennial national issue!