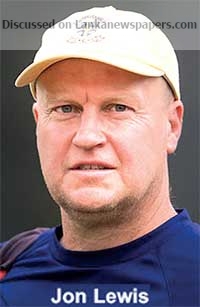 Batting Coach Tilan Samaraweera has become the second casualty after Sri Lanka’s humiliating 3-0 whitewash at the hands of England as Sri Lanka Cricket did sweeping changes to the national cricket team’s support staff.

Accordingly, Samaraweera along with Fielding Coach Manoj Abeywickrama will relinquish his duties midway through the tour of New Zealand. Samaraweera is expected to return home after the Test leg of the tour that gets underway next week.

Sri Lanka’s batting was a letdown during the England series with not a single batsman managing a century during the three match series. The team’s batting also failed miserably during the Asia Cup campaign where Bangladesh and Afghanistan handed Sri Lanka heavy defeats.

There was quite a bit of optimism when Samaraweera took over as Batting Coach in November last year. A batsman with a strong mindset, Samaraweera had put a high premium on his wicket during his playing days and he was expected to offer much knowledge to young players. However, his three year deal has been cut short. He is now expected to be part of the High Performance Center where coaches work with second string players.

Sri Lanka Cricket were yet to make an official announcement at the time this edition went to print, but sources told The Island that SLC had signed up with the 48-year-old Jon Lewis.

There was some confusion as the more famous Jon Lewis is an England seam bowler who has also taken up coaching in recent times. But SLC has signed up with the former Durham and Essex batsman Jon Lewis, who also was the successful Head Coach of Durham.

Lewis like Steve Rixon is believed to have been signed up on a short seven month stint that will take him through to the World Cup in England. The Island learns that Lewis had been signed up due to his extensive knowledge about conditions in north England where Sri Lanka will play most of their World Cup games.

Lewis is expected to arrive in the island shortly. He will accompany the ODI specialists to New Zealand later this month. Sri Lanka will play three ODIs and a T-20 International in New Zealand apart from two Tests.