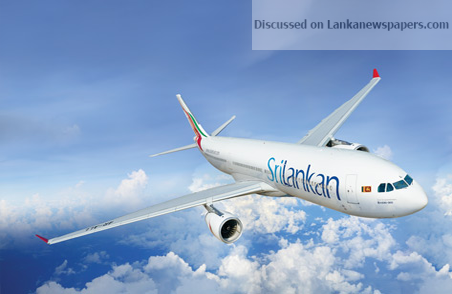 ECONOMYNEXT- Efficiency of SriLankan Airlines flights have fallen in 2018, and is contributing more towards carbon emissions, but was ahead of Emirates and Singapore Airlines, in an international ranking compiled by an anti-carbon group.

The atmosfair Airline Index 2018, which tracked more than 33 million flights globally, said that SriLankan Airlines was the 72nd most efficient among 125 regional and international carriers in terms of carbon emissions, down from the 60th spot a year earlier.

Overall SriLankan got a D class through the system which classifies airlines from most efficient A through the lowest G classes.

SriLankan’s medium haul flights were the most efficient, with 57.8 points, improving from 54.2 points a year earlier.

The airline has been switching to Airbus A320neo aircraft for short and medium haul flights over the past two years, which are more fuel efficient.

However, long-haul flights, which were most efficient a year earlier at 57.9 EPs, were found to be most harmful for the environment, at 53.2 points in 2018.

No airline achieved the top A and B classes in 2018.

Cathay Pacific came ahead of SriLankan at 27th with a D class.

Lion Air and SpiceJet were among the most efficient budget carriers, with a B class while AirAsia got a C class and FlyDubai D.

Atmosfair is a nonprofit organization for combating climate change, founded in 2004 from a research project of the German Federal Ministry for the Environment.