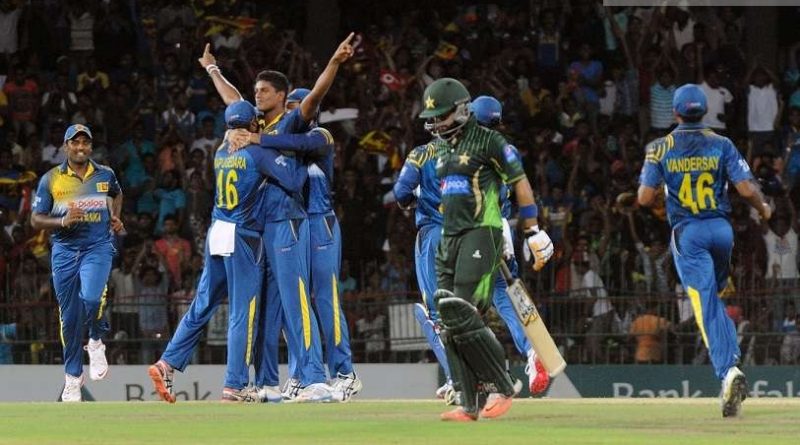 At a time when Sri Lanka cricket is on the hunt for a genuine left-arm fast bowler, Binura Fernando obviously stands tall above the rest. The 6 foot 6 inch gentle giant, has been the trauma for the batsmen of the other schools, when Fernando was at his peak representing D.S. Senanayake College for four years since 2011.

Fernando made sure to leave an impression wherever he stepped into, which earned him the reputation of the most eligible replacement for the great left-arm fast bowler Sri Lanka has ever produced, Chaminda Vaas.

But forlornly the aspiring youngster had to return home twice after being named in the Test squad due to an injury, which remained a mysterious factor for some time, until his mentor and hero Chaminda Vaas intervened and helped sort out things.
After a short layoff, which could be considered a bit longer for a youngster of his age, Fernando has managed to overcome all injuries, obstacles and setbacks, and has proved himself to be fit enough to serve the nation again.

Fernando had been cited as suffering a hamstring injury after he indicated of a pain in his back thigh and even numerous MRI scans did not highlight of any injury in the lower body. However it was revealed that the pain gradually eases off in a matter of a week or two. But whenever he attempts a comeback, it remerged.

Eventually Vaas has stepped forward to consult Fernando to an expert, who exactly spotted the real issue — an excessive storage of protein in the L4-L5 Spinal Segment. After identifying the actual trouble his family members consulted an ayurvedic  specialist, who took around six weeks to help Fernando recover fully.

With the guarantee that the injury would not surface again Fernando, trained hard to shape up his physique to suit a fast bowler, with expectations of playing continuously for the country. He has been missing donning the ‘Blue Jersey’ for closer to couple of years.
As a youngster Fernando went on to become a regular and effective member of the Sri Lanka Under-19s and soon broke into the Sri Lanka Test squad, through he is yet to make his debut. Within a year after leaving school Fernando had the rare distinction of representing the country against Pakistan in the Twenty20s in 2015.

He marked his international baptism by claiming the priceless wicket of the explosive batsman Shahid Afridi and finished with three wickets in the two games he appeared. By now Fernando has proved himself fit and even performed exceptionally in the recent domestic competitions. He is comfortably making his presence made felt at Tamil Union in the SLC Premier Tournament, after representing SSC for three seasons. At SSC he bagged nine wickets in an innings, which is virtually one of the best bowling figures for the historic club.

During his attempt to return to the national unit Fernando has worked closely with experts, mainly with Vaas, who had taught the 22-year-old aspiring bowler how to swing and bowl according to conditions. Additionally Fernando has the ability to hit the speed of 140kmph or above easily and bounce effectively, using his height as an advantage.

He is currently in the radar of the national system, and to prove further of his worth Fernando is on the verge of breaking all barriers to earn a Test call-up. Many have labeled him as a white-ball player but Fernando is willing to prove that he is far better. With that mindset Fernando has been performing quite exceptionally during the past year or so in the domestic tournaments and his eyes are set on the target of cementing a place in the Sri Lanka Test and ODI squads.