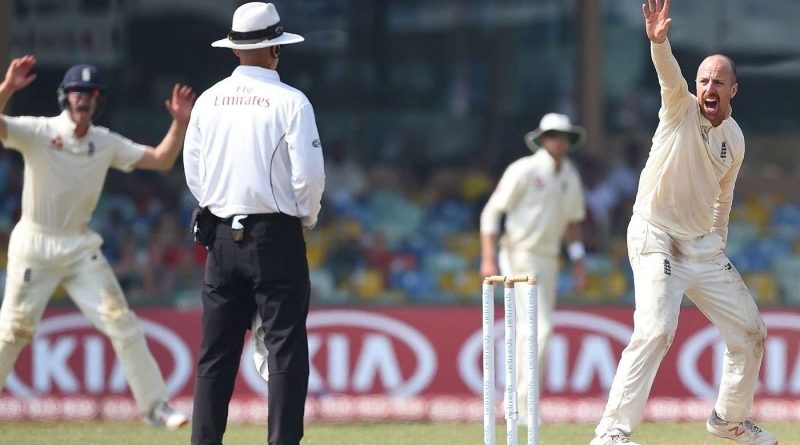 Colombo (Reuters) – England overcame spirited late resistance from the hosts to seal a first 3-0 series sweep in Sri Lanka when the tourists wrapped up a 42-run victory shortly after tea on the fourth day of the third and final test on Monday.

Chasing an improbable 327-run target, Sri Lanka’s last six batsmen combined well to get to within less than 50 runs of what would have been a remarkable triumph after they resumed on 53 for four at the Sinhalese Sports Club.

Kusal Mendis (86) and Roshen Silva (65) set the tone with a dogged 102-run sixth-wicket stand in an exemplary display of defiance spread over 30 overs as Sri Lanka sought to end a disappointing series on a high.

After Mendis was run out, Malinda Pushpakumara (42 not out) survived a sickening blow to the helmet to add 58 runs with Suranga Lakmal for the final wicket to give England some jitters before the tourists secured victory in the first over after tea.

“I’m proud of everyone,” England captain Joe Root said. “Brilliant performance from the whole squad, it’s been a real team effort which has made it even sweeter.”

England moved to number two, behind India, in the world test rankings after a victory on foreign soil Root hoped would lead to further success.

“We knew we’re capable of winning in these conditions but to do it the way we have and to perform as consistently as we have is a real improvement for this group of players,” he said.

“It shows the learning and the ability within the squad and hopefully we can use it now as springboard to move forward.”

England looked on course for a routine triumph after half an hour of play when Jack Leach angled one into the leg stump and nightwatchman Lakshan Sandakan could only edge the ball to Ben Stokes at slip to depart for seven.

The hosts rallied and Mendis brought up his seventh test fifty as Silva shrugged off occasional discomfort against all-rounder Stokes’ awkward bounce to thwart the England attack.

Leach’s left-arm spin could not separate the duo but his right-handed throw did, the Somerset bowler charging in from backward square leg to throw down the stumps at the non-striker’s end with Mendis short of his ground.

It was a sad end to a stellar innings by the right-hander, who hit eight fours and a six in an assured knock.

Leach (4-72) struck again to dismiss Niroshan Dickwella for 19 with Keaton Jennings enhancing his reputation as an exceptional close fielder by taking a smart bat-pad catch, his sixth of the match, at short leg.

Moeen Ali (4-92) dismissed Dilruwan Perera and Silva but Pushpakumara engineered a spirited counter-attack with stand-in skipper Lakmal, who was the last man out.

Jonny Bairstow was declared man-of-the-match for his innings of 110, but Ben Foakes may continue as wicketkeeper after being adjudged man-of-the-series for his impressive batting and neat glove work in an impressive international bow.

England triumphed won the first match in Galle to end a 13-match winless streak in overseas tests and triumphed in Pallekele to take an unassailable 2-0 lead, ending the side’s 17-year wait for a test series victory in Sri Lanka.

Sri Lanka sacked their selection committee on Sunday and replaced them with a new panel headed by former test player Asantha de Mel.