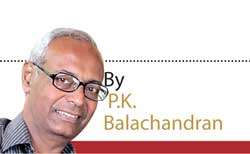 Colombo, November 5: Crossovers from one party to another in Parliament have been a constant feature in Sri Lanka in recent years. They were endemic in India till the Constitution was amended by the 52nd Amendment in 1985 and by the 91st Amendment in 2003 to make defections difficult.
There are mixed feelings among political scientists about crossovers. At times, they have helped form stable Governments, and at other times they have brought down Governments creating instability.
In 2001, a severe political crisis-afflicted the Sri Lankan Parliament, which had been elected only in the previous year.
Numerous MPs from the ruling Peoples’ Alliance (PA) quit the group and joined the Opposition led by Ranil Wickremesinghe of the United National Party (UNP).
In June 2001, 11 members of the Sri Lanka Muslim Congress (SLMC) and National Unity Alliance (NUA) had quit the PA, peeved by the sacking of Minister Rauff Hakeem by President Chandrika Kumaratunga.