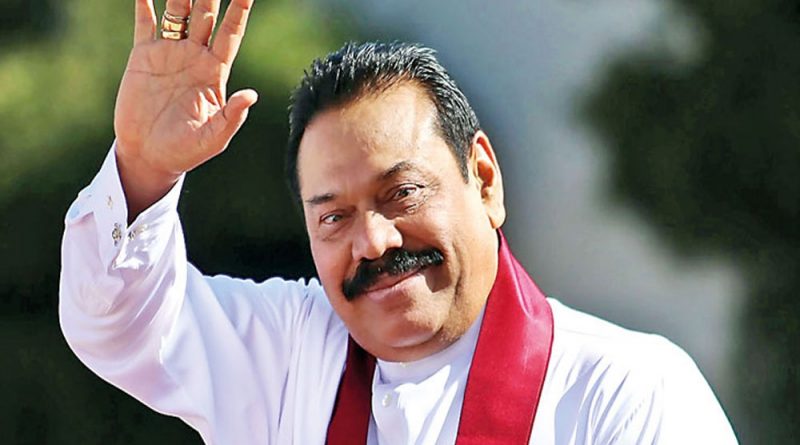 Prime Minister Mahinda Rajapaksa, in a statement, invited all the political parties represented in Parliament to join his administration.

“I invite all political parties represented in Parliament to join us in this endeavour. I also invite the people of all communities and religions – Sinhalese, Tamils, Muslims, Buddhists, Hindus, Christians and the followers of Islam to participate in this very necessary political exercise,” he said.

He said , “the UNP-UPFA government came to an end as the result of the UPFA leaving the coalition. The responsibility of appointing a new government then fell on the President. I was invited to accept the position of Prime Minister with a view to forming a new government. Today, our country is in a state of uncertainty. Details of a plot to assassinate the President and the former Defence Secretary have come to light. Those involved in this conspiracy are being exposed by their own actions. A wave of crime has hit the country and the criminal underworld is on the rise.

The economy of the country is deteriorating by the day. The value of the Rupee has fallen alarmingly. Our country has been downgraded by the credit rating agencies. The people are oppressed by the ever rising cost of living. The Central Bank bond scam of the UNP government has resulted in a doubling of the interest rate and the ordinary people and businesses alike have been severely affected. In the meantime, the UNP was engaged in a quest to sell off valuable State assets and enterprises to foreign companies.

I was aware that at this moment of national peril, the people expected our leadership and protection. Hence, I accepted the invitation extended to me by the President to assume the position of Prime Minister.

The primary objective of the political party leaders and parliamentarians who have joined me is to immediately hold the Provincial Councils elections that had been postponed continuously, and also to call a Parliamentary election as soon as possible so as to give the people the opportunity to vote for a programme that will bring the country out of the all-encompassing economic, political and social crisis that it is now in,” he said.