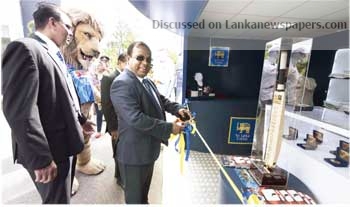 The ‘merchandise arm’ of the SLC has a twofold strategy, both offline and online. The offline strategy will focus on in-ground selling of merchandise items during matches, while the online platform; which will be launched very soon; will focus on selling to the fan base spread across the globe.

The in-ground merchandising operation was launched this Tuesday at the R. Premadasa International Cricket Stadium with the participation of the Competent Authority of SLC Kamal Pathmasiri.

The launch took place just before the start of the fifth and final ODI played between Sri Lanka and England.

The in-ground merchandise stall will continue throughout the England tour at match venues and has a Merchandise Collection, which is specially designed covering the England Tour of Sri Lanka 2018.