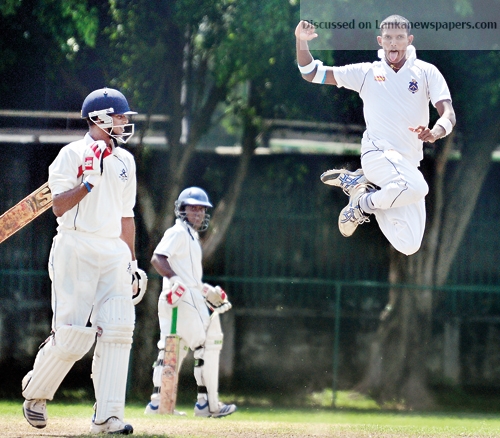 A forum of senior stakeholders of Sri Lanka cricket has managed to talk to Sports Minister Faiszer Musthapha to revive SLC’s club cricket tournament which at present is in a state of abeyance as a result of election conundrum that has taken precedence over all other subjects.

Right now SLC is sans all appointed committees that help to keep the tournaments working — and on Thursday it seems the stakeholders discovered the light at the end of the tunnel.

According to Singhalese Sports Club stalwart Michael de Zoysa, the meeting between the Sports Minister and the senior stakeholders was highly successful. He said the revival of the 2018/19 senior cricket season now is just around the corner. De Zoysa said, “We had a very good meeting. Minister Faiszer Musthapha agreed to have the under 23 tournament, which was taken away from the club system. At the same time, as a priority, the Premier Club tournament would be rolled out immediately.

He said that once the system was explained, the minister agreed to set up some of the committees that are vital to run the tournaments.

“The minister agreed to the formation of a new tournament committee and an umpires committee. He said that he is not interested in having a management committee or an interim committee to run cricket in the country. He wants to run the tournaments that are not run so far as a result of the current situation and it should not be done by one man who is an employee. He promised to give the necessary approvals and dole out the required finance to the run the tournaments,” de Zoysa said.

Then describing the overall situation of cricket, he said the minister came out  with the notice of the EGM, and that is supposed to go out through the competent authority who is in charge of cricket at present.

When the stakeholders pointed out the importance of all premier clubs having their own home grounds and practice facilities, the minister had said he would seek ways to clubs like the Saracens and Ragama CC to have their home grounds and added that he would also seek the possibilities of building one such facility from the SLC coffers.

After the meeting we sat and discussed the names that would go into the committees and they would be publicised once they are ratified by the minister, said de Zoysa.

Once the final ratification is obtained they are hoping to have the tournament right away. Tournament is only for the Premier Clubs and will be played over two days. The Super League tournament would be four days as in the past and not three days, he said.