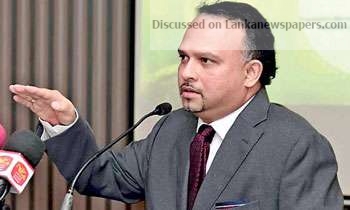 Plantation Minister Navin Dissanayake at a public meeting in Anamaduwa said, the United National Party (UNP) suffered because of rifts between the late leaders such as former President R. Premadasa and Gamini Dissanayake, and hoped a similar feud would not arise between him and his colleague Housing and Construction Minister Sajith Premadasa.

The Minister said there was a hard time ahead for the party.

“If we act properly, we can succeed. Our political opposition is also riddled with problems. They are yet to decide who is to be fielded next time as their candidate. We have to read the pulse of the people and act. We have to carry out an internal struggle within the party. We will field a candidate who is capable of winning,” he said.

The Minister said he endured many hardships during his political career. Also, he said a grave injustice had been caused to districts such as Puttalam and Matale as no one from these areas had been picked as Cabinet Ministers.