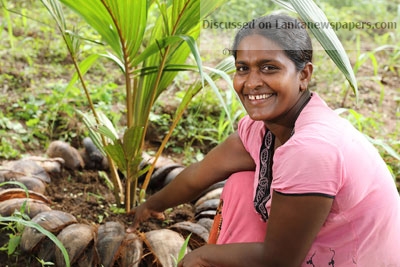 Nestlé continued its winning streak at the recently held Presidential Export Awards, bagging the ‘Highest Foreign Exchange Earner’ award in the coconut kernel product category. This marks the seventh Presidential Export Award for the company in recognition of its strong contribution to national exports, and efforts to create sustainable livelihoods for local coconut growers and farm workers, the company said in a media release.

Nestlé Lanka is one of the world’s largest exporters of coconut milk powder. The product is exported to over 50 countries, and is sold locally under the Maggi brand. It is manufactured in Nestlé’s state-of-the-art factory in Kurunegala, where the company procures around 90 million Sri Lankan coconuts every year; providing a livelihood to more than 6,000 local coconut farming families.

Said José Roldán, Vice President – Supply Chain at Nestlé: “The Presidential Export Awards is the highest form of recognition given to exporters in Sri Lanka. We’re proud to have leveraged a Sri Lankan staple like coconut to develop a world-leading product, and are honoured to accept this award in recognition of our success. Our efforts have made Sri Lankan coconut milk powder one of the most sought after in the world; offering superior taste and quality.”

Nestlé pioneered coconut milk powder manufacturing in the 1980s and continues to invest in the local industry. Its Nestlé Coconut Plan was launched in 2016 in collaboration with the Coconut Cultivation Board. The plan supports farmers to grow coconut commercially and also outgrowers to cultivate coconut in their home gardens for domestic use. The programme works with people within the traditional coconut triangle and also in new experimental areas in the North-Central and Northern provinces. Since its inception, the Nestlé Coconut Plan has provided 3,000 farmers and outgrowers almost 20,000 coconut plantlets of a special hybrid variety, which is more resilient with a faster yield.