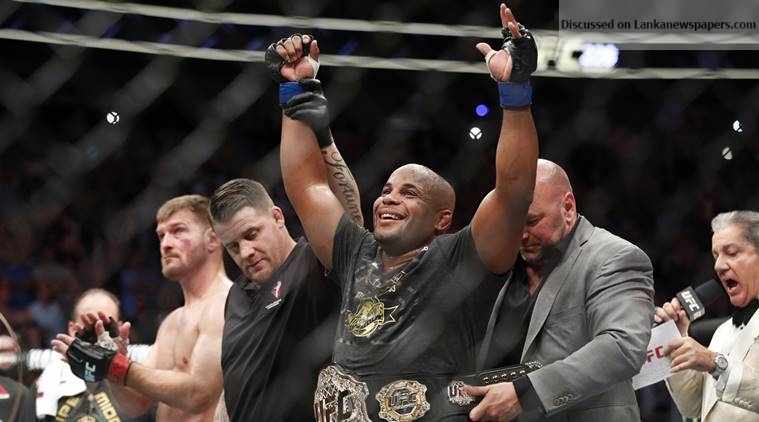 Derrick Lewis, who defeated Alexander Volkov at UFC 229 last weekend in Las Vegas, will challenge Daniel Cormier for the title.

Daniel Cormier is set to defend his UFC heavyweight championship against Derrick Lewis at UFC 230 on November 3 at Madison Square Garden. Lewis has won nine of his last 10 bouts and will fight just weeks after he defeated Alexander Volkov at UFC 229 last weekend in Las Vegas. Cormier (21-1) is UFC’s light heavyweight and heavyweight champion and hoped to fight Brock Lesnar next year. But UFC was short on star power at a venue where some of the biggest stars have fought since mixed martial arts was legalized in New York two years ago and pressed Lewis and Cormier into service.