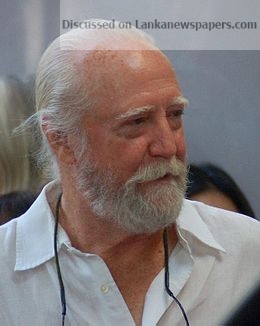 Scott Wilson, a veteran actor of the small screen and big screen, has passed away from complications related to Leukemia.He was 76 years old.

Wilson had an extensive resume to his name at the time of his death, one that included well over 50 movie credits.

But he’s likely best known at this point for his long-running role on The Walking Dead of Hershel Greene.

In both the comic books on which the AMC drama is based, along with television series itself, Hershel was introduced by saving the life of Carl Grimes, the son of Rick Grimes, after the boy is shot by one of Hershel’s neighbors.

During his stint on the program, Greene served as the moral center of his group of survivors.

Scott’s rep, Dominic Mancini, spoke to TMZ and confirmed the cause of death fo the celebrity gossip website

He added that Wilson was “a national treasure, a calm voice, and a gentle spirit to everyone who came in contact with him.”

He reportedly passed away peacefully at his home in Los Angeles.

At The Walking Dead’s panel at New York Comic-Con just this week, showrunner Angela Kang said that Scott (along with former stars Sonequa Martin-Green and Jon Bernthal) would be returning for the upcoming ninth season.