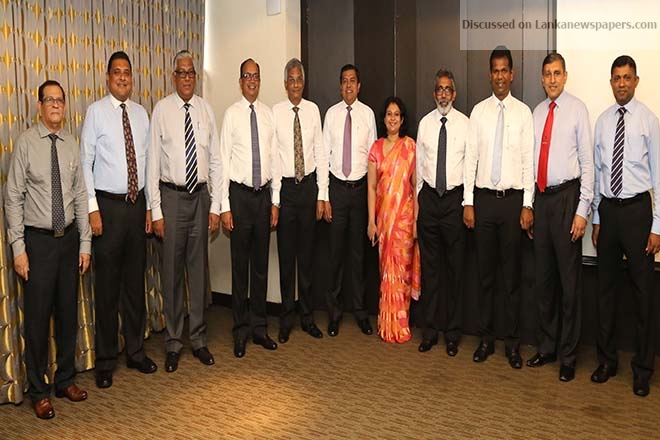 The vilification of oil palm in Sri Lanka on the grounds of the crop’s purported adverse impact on the environment is completely unjustifiable, given that the extent of land under oil palm is just 1.1 per cent of the extent under traditional crops – tea, rubber and coconut, an industry body has stated.

Responding to claims that oil palm plantations are causing groundwater resources to dry up, degradation of soil and the proliferation of reptiles, the Palm Oil Industry Association (POIA) said in a statement that none of these claims have any scientific base in the first place.

“It is also an insult to the public’s intelligence to claim that 9,000 hectares of oil palm is to blame for environmental problems in a country that has 778,000 hectares of tea, rubber and coconut, in addition to other cash crops and forests,” the POIA said.

“Activists and lobbyists with vested interests also ignore the fact that it has taken 50 years for the country to cultivate 9,000 hectares of oil palm, and that even after oil palm cultivation ultimately reaches the government-mandated 20,000 hectares, the crop would account for only 2.5 per cent of the extent under tea, rubber and coconut,” the Association said.

Referring to the claims made against oil palm, the Association, which represents businesses with a cumulative investment of approximately Rs 26 billion in the palm oil industry in Sri Lanka, made the following points:

A hectare of rubber requires 31,500 litres of water per day while a hectare of oil palm requires 34,680 litres. Moreover, given that oil palm is only cultivated in regions where annual rainfall averages 3,500 mm, and the crop’s water requirement is 1,300 mm per annum, there is no basis for the concern that oil palm cultivation can lead to a deficit in water resources. Oil palm cultivation in the Galle District commenced about 50 years ago. However, there have been no reports to date of water shortages due to oil palm.

Impact on traditional crops:The government has formulated strict guidelines for the palm oil industry. These guidelines stipulate that up to 20,000 hectares of land in total may be cultivated with oil palm. This area is less than 3 per cent of the total land extent under plantation crops. Sri Lanka has 202,000 hectares of land under tea, 136,000 under rubber and 440,000 under coconut. Plantation companies and the national economy need a mix of these crops to be able to face fluctuations in commodity prices. Therefore, there is no question of oil palm replacing any of the traditional crops.

Increase in the reptile population: In Nakiadeniya, where oil palm was first cultivated 50 years ago and today extends to 3,072 hectares, there has been no increase in the population of reptiles. From records available on this estate, it is apparent that the number of serpent attacks on workers is similar to that of estates with other crops.

Soil erosion and landslides: Soil erosion and landslides are not crop-related but soil management related. In any event, oil palm is only planted on terrain that has a gradient of less than 23 degrees, as advocated by the Coconut Research Institute (CRI). On steep land it is mandatory to practice appropriate soil conservation techniques such as contour planting, establishment of contour and main drains, stone terracing, planting ground covers, mulching, introducing live hedges and undertakingstream bank protection in oil palm plantations.

The Association statement also said the government decision to encourage cultivation of oil palm is backed by comprehensive conditions and guidelines, and is based on the crop’s potential to enable a substantial saving of foreign exchange through import substitution.

“Per capita consumption of edible oil in Sri Lanka is 10.4kgs per annum and Sri Lanka’s present annual edible oil requirement is 160,000 MT. The country produces a total of just 44,000 MT of coconut oil and 18,000 MT of palm oil as of now, leaving a deficit of 98,000 MT in its edible oil requirement,” the statement disclosed, adding that in total, Sri Lanka imported 230,000 MT of oils and fats in 2017, at a cost of Rs 29 billion for consumption as well as for industrial and other purposes.