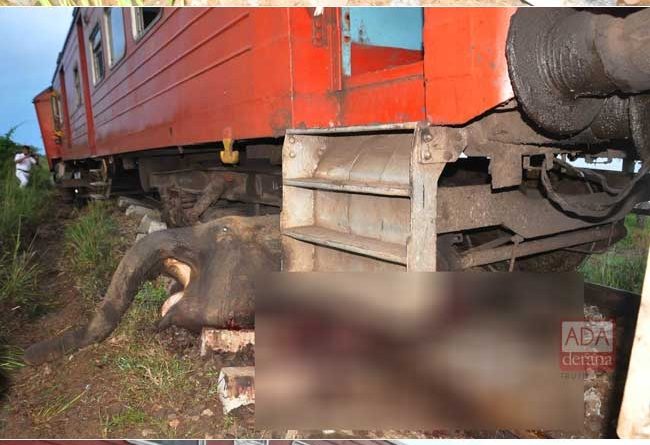 Train services on the Polonnaruwa-Batticaloa railway line as a train had collided with three wild elephants on the track.

According to the Railway Control Room, the collision had occurred at around 9.35 pm last night (06) at Namalgama, between Welikanda and Punani.

The three wild elephants had died of the collision with an express train en route from Battocaloa to Colombo.

Three compartments of the train had derailed in the accident and the railway track had too suffered severe damages.

However, there had also been a sign board signaling that there was an elephant pass in the vicinity, according to the Ada Derana reporter.

A special team has been deployed to restore the railway track following the accident, stated the Railway Control Room.