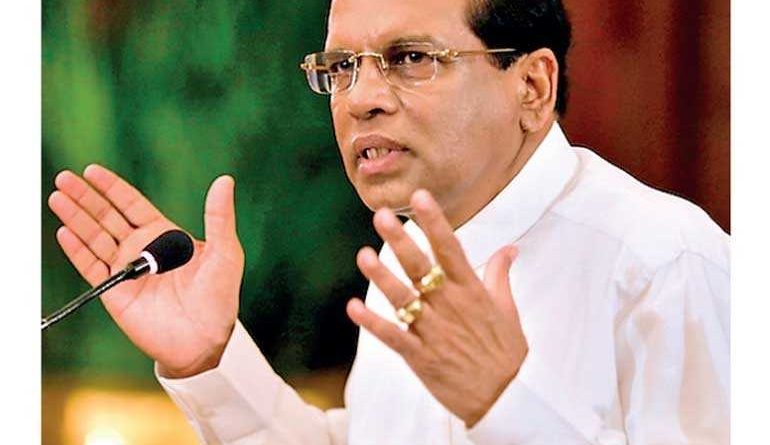 The Cabinet meeting yesterday heated up as President Maithripala Sirisena raised concerns over the conduct of the current Inspector General of Police (IGP), describing the high-ranking official as an “embarrassment to the current Government.”

Sirisena launched a scathing attack against IGP Pujith Jayasundara, claiming that his behaviour had embarrassed both the President and Prime Minister as well as the entire Government.

“The President highlighted that the IGP’s behaviour had made a joke of the entire police department and embarrassed the Government,” one Cabinet source told Daily FT.

However, neither Prime Minister Ranil Wickremesinghe nor Law and Order Minister Ranjith Madduma Bandara had given any input during the discussion, Daily FT learns.

When Cabinet ministers spoke of difficulties they were facing due to cutbacks in funding allocations by the Finance Ministry,Finance Minister Mangala Samaraweera had maintained his position.

“Minister Mangala Samaraweera said that the situation could not be helped due to the current economic situation,” one Cabinet source told Daily FT.

Megapolis and Western Development Minister Patali Champika Ranawaka however insisted on obtaining funding for the establishment of a special centre and waste management project his ministry was involved in. Nevertheless, Samaraweera was not ready to accommodate his request.

Receiving a negative reply from the Finance Minister, Minister Ranawaka had responded that he would “find the funds needed for the project, but don’t try and stop the project”, a highly-placed source told Daily FT.

Provincial Council and Local Government Minister Faiszer Musthapha also received the same reply when he presented a paper to amend the vehicle permit given to Northern Province Chief Minister C.V Vigneswaran to be on par with the permit given to chief ministers of other provincial councils.

While the permit issued to all other chief ministers in the country was on par with the concessions granted to a Deputy Minister, the one issued to the Northern Province Chief Minister had fewer concessions and was equal to a provincial councillor’s permit. The Minister presented a paper seeking approval to rectify the matter. However, the Minister’s proposal was met with a negative response from the Finance Minister who reminded Musthapha of the moratorium imposed on the importation of vehicles through permits only two days ago.