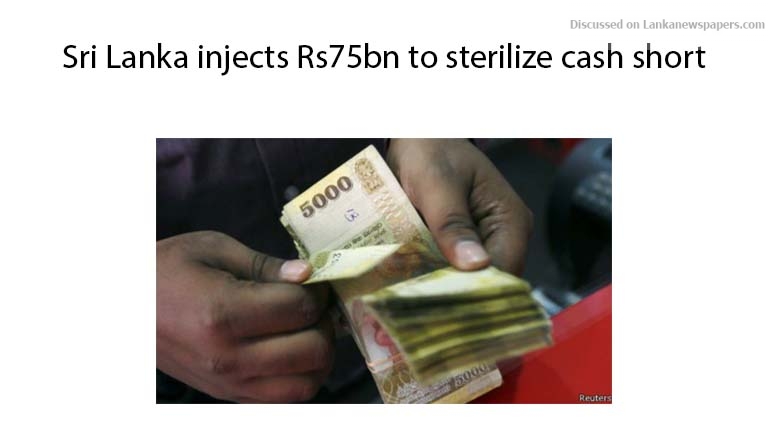 Sri Lanka has injected 75 billion rupees through a overnight and 7-day term reverse repo auction to sterilize a liquidity shortage that has cropped up amid pressure on a rupee soft-peg with the US dollar.

The central bank injected 30 billion rupees for 7-days through an open market auction, at a weighted average yield of up to 8.17 percent.

The central bank has an overnight liquidity facility rate of 8.50 percent could inject 7-day money at a higher rate closer to the Sri Lanka Interbank Offered Rate to help protect the rupee, economic analysts say.

Another 39.16 billion rupees were injected overnight at a weighted average rate of 8.10 percent with the lowest bid accepted at 7.95 percent, 55 basis points below the ceiling policy rate.

The current liquidity shortage coincided with a legacy 2013 swap that matured, as well as interventions, which now being sterilized through overnight term reverse repo auctions. A float will help end interventions. (Colombo/Sept26/2018)