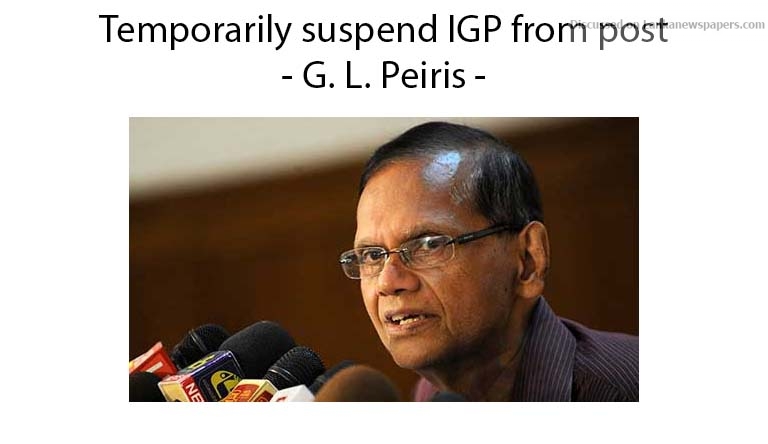 First thing to be done in relation to the investigations being conducted regarding the conspiracy of assassinating the President and the former Defense Minister is to temporarily remove the IGP from his post, says Prof. G. L. Peiris.

He stated this attending a press conference held in Colombo today (24).

The public has to consume Moringa (drumsticks) leaves to survive in the current situation, says SLPP Chairman.

Meanwhile, the government has failed to even set a series of basic economic policies to drive the economy, he points out.

Prof. Peiris further said that situation has become confusing due government’s lack of a firm policy regarding the central bank.