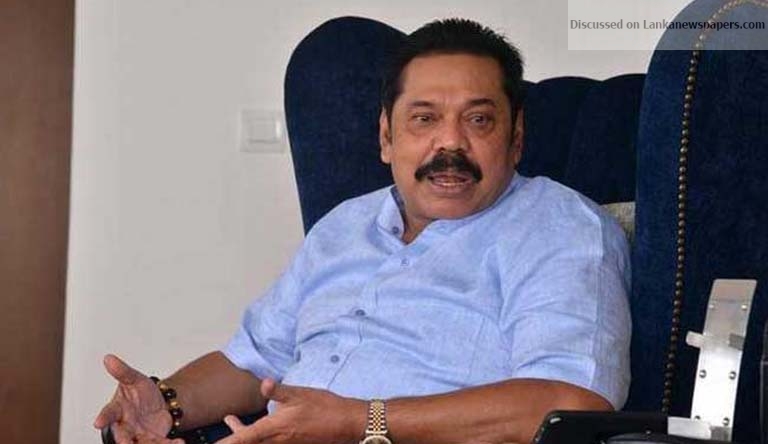 At a recent interview with Thanthi TV in India former President Mahinda Rajapaksa stated that under the new constitution that Prime Minister would be more powerful than the President.

Speaking on the restrictions placed on him for contesting again at the Presidential Elections by the 19th Constitutional Amendment, former President stated, “Even with the Amendment I can context. This is what I feel, if I want. But I will not. But we will put up a candidate who can win.”

He says that, “I can still influence people and I’m still in Politics. No one can stop me from doing politics. They want to stop me, unfortunately, they can’t.”

Apart from one or two such incident, Indian fishermen are deported back to India while their fishing vessels are withheld, explained Rajapaksa.
He also said that the fishermen issue should be resolved via discussions with the authorities.

Mahinda Rajapaksa was also extensively probed on the past civil war against the LTTE and reports on civilian casualties, during the interview.

He responded stating that although they are sorry about the matter, innocent casualties cannot be avoided during a war.

He further said that during the last stage of war, Sri Lankan government was very careful, by using no heavy weapons, and the forces were instructed to have minimum civilian casualties. This led to many soldiers being killed instead, Rajapaksa pointed out.

Rajapaksa also appreciated the contributions of the Indian government for Sri Lanka during the war time.

When inquired if Sri Lanka would welcome the 4 Sri Lankan convicts of the Rajiv Gandhi assassination who were decided to be released, Mahinda Rajapaksa responded stating that Sri Lankan passport holders can always come to Sri Lanka and this applies not only to these convicts, but to anyone who holds a Sri Lankan passport. However, he added that this decision can only be made when the convicts are officially released.