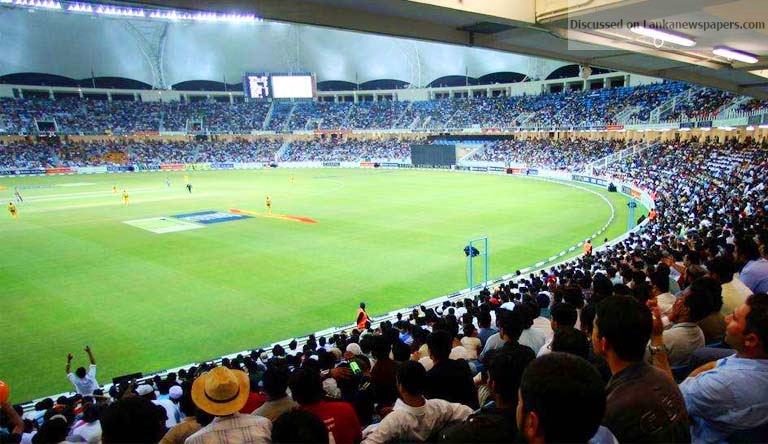 Two new pitches have been laid out for the teams set to play in the Unimoni Asia Cup at the Dubai International Stadium from September 15.

Toby Lumsden, the head curator of the Dubai International Stadium, said: “Over the summer, we have had a chance to construct two brand new pitches for the stadium due to our high workload and demanding cricket schedule.”

he venue, which will celebrate its 10th year by hosting the prestigious Asia Cup, wants to provide pitches which will be ideal for producing exciting cricket. “I think for the upcoming Asia Cup with the high quality teams that we have got coming, we planned on producing good cricket wickets.

Traditionally, first innings scores have been 260. Hopefully, we can build on that and make them a little higher pushing for about 270, but it is difficult during this time of year in September,” said Lumsden.

The hot and humid conditions did not deter the groundsmen and his staff to work hard on creating the pitches with utmost care. However, the conditions will depend to a great extent on the weather.
“I think the conditions during the Asia Cup will be determined mostly by the weather. We will have hot days, possibly humid nights with some heavy dew is possible. The conditions will change throughout the day. Maybe, reasonably fast conditions in the afternoon session and then it might seam a little bit at night and maybe, get a bit of grip and spin for the evening.”

Bangladesh, the first team to arrive in the city, has already had two sessions of training at the Dubai Sports City’s ICC academy facility. When Bangladesh’s top all-rounder and vice captain Shakib Al Hasan was asked whether he is eyeing the Asia Cup trophy, he said: “To get success, we need to get the process right so we will be looking more into our process rather than on the trophy.”

The ICC Academy’s different types of pitches are also ready for the teams and Hasan had a long work out on the pitches. “We are confident enough as we had a very good series against West Indies, especially in ODIs and T20s so we will take that confidence into the Asia Cup. Both the teams in our group (Afghanistan and Sri Lanka) have been playing good cricket especially in 50 overs, so we have to play at our best to go into the next round,” he said.

Al Hasan, a young veteran, feels that any team can produce a surprise.
“Sri Lanka has a very good side and a number of players who can win matches, so we cannot focus on just one or two guys. Eleven players will be playing so we have to perform well against all of them,” he said.