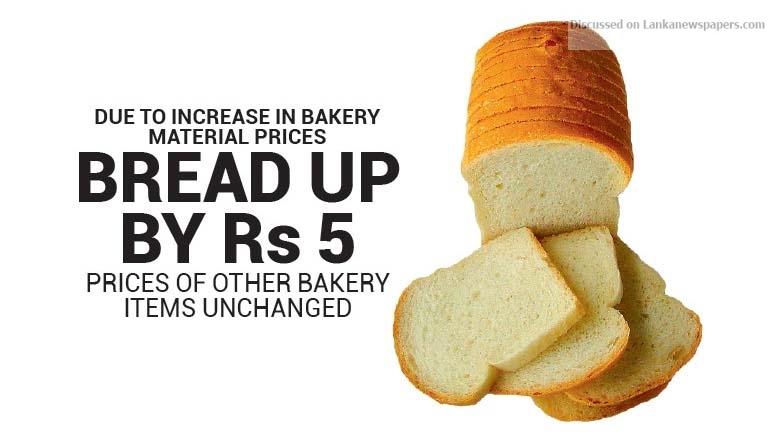 The price of a 450 gram loaf of bread went up by Rs 5 with effect from midnight yesterday (3), but the prices of other bakery items remain the same, said President of the All Ceylon Bakers Association (ACBA), N.K. Jayawardene.

However, he highlighted that the reason for the increase in the price was not due to the increase in the price of flour by the Prima Company, but rather Government taxes imposed on palm oil which is commonly used in baking, the requirement to import raw materials such as yeast which are used in baked foods and increased kerosene prices.
The National Movement for Consumer Rights Protection alleged that the ACBA was being opportunistic in their sudden increase of prices and urged consumers to replace flour with alternatives or reduce its consumption.
The Consumer Affairs Authority (CAA) is unaware of an immediate increase in flour prices even though the media has been raising such claims, a representative of the CAA, A.A. Jassu told Ceylon Today. He added that regulating flour prices by private companies may only be countered by the Cabinet through a Gazette in that regard. The Prima Company was unavailable for comment.