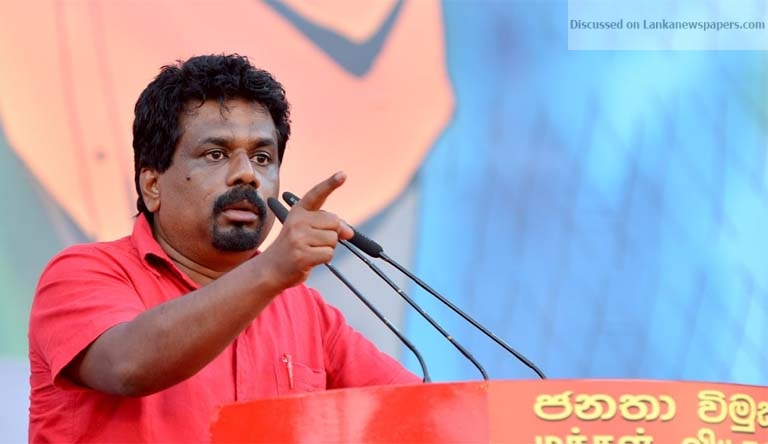 Addressing the media at the JVP headquarters in Pelawatte, Dissanayake said: “Ordinary people held their weddings with their own or borrowed funds. But the government leaders misused public funds for that purpose, too. Dissanayake said that JVP- affiliated Voice against Corruption Movement (VAC)’s convenor Wasantha Samarasinghe had already submitted a letter under the provisions of Right to Information Act from the Prime Minister’s office asking for details of the cost of MP Chatura Senaratne’s wedding. “We submitted the letter the following day asking whether Temple Trees had a reception hall, whether it had been rented out on earlier occasions, the prices of renting out Temple Trees for wedding ceremonies and whether VIP security would be provided for such weddings held at Temple Trees. We have also demanded to know the charges levied on extra hours of such ceremonies.”