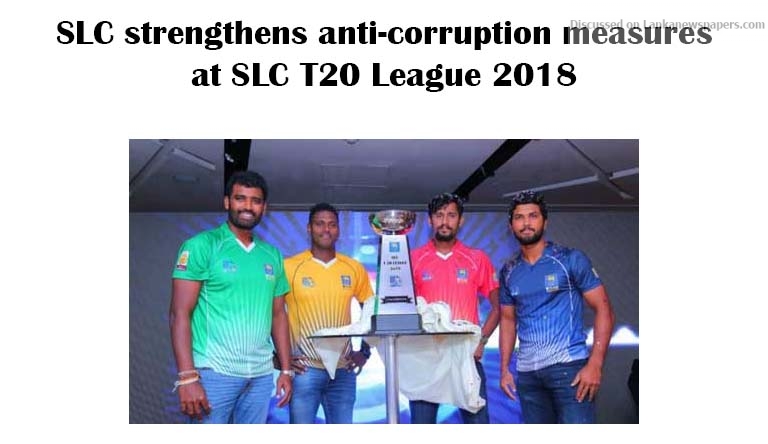 Sri Lanka Cricket (SLC) has taken steps to strengthen anti-corruption measures at the venues where the SLC T20 League 2018 is being played and the hotels, in which the players are stationed.

This measure was taken after it was noted that suspicious individuals were present at the match venues, according to SLC.

Sri Lanka Cricket has also notified the team managers and the players taking part in the tournament to immediately inform SLC of any approach by those suspicious individuals.

Meanwhile, the next match will be held in Pallekele International Stadium, today (28).