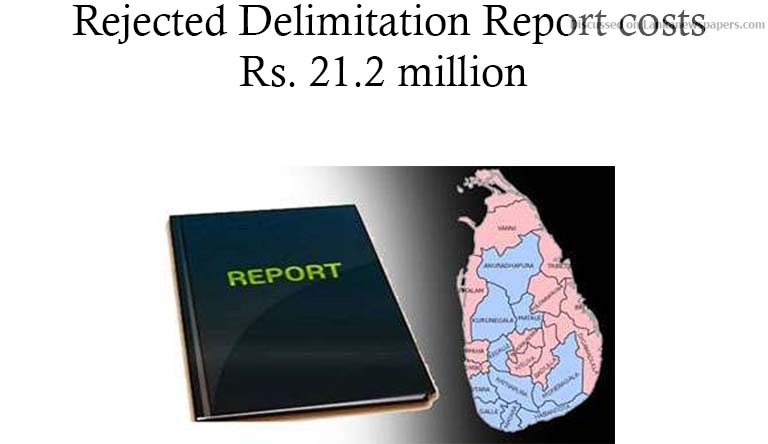 A total of Rs.21.2 million had been incurred in the process of creating the Provincial Council Delimitation Report, sources revealed yesterday.

The report was rejected by Parliament on Friday (24) when the vote was taken.

According to Parliament sources the expense had been made in respect of the five-member Commission, appointed by the President for their personal emoluments, travelling, supplies, office equipment, vehicles, preparing software, maintenance work, employee training, character development, etc. for the purpose of the task related to the delimitation of Provincial Council Delimitation.

The provision allocated by the Treasury in respect of Commission expenses were Rs. 10.4 mn for recurrent and Rs.11.6 mn for capital expenses.

Report of the Commission was handed over to Minister Faiszer Musthapha on February 19, and the Minister presented the report to Parliament on March 6.

The report was rejected by Parliament on Friday (24) when the vote was taken.