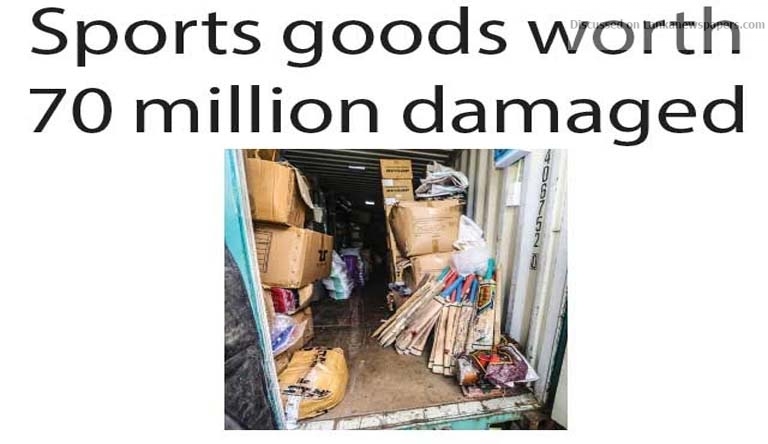 Informed sources said that sports goods valued at Rs. 70 million, purchased by the Sports Development Department affiliated to the Ministry of Sports, has gone to rack and ruin due to lack of storage facilities.
Sources said these goods have been stored haphazardly at the Sports Development Department in Colombo 7 and at the artificial hockey grounds at Torrington.
They added that these sports goods had been bought during the past two-year period in order to be distributed among local schools and clubs.
Among the decaying goods were items used for sports such as cricket, volleyball and athletics, etc. Some of the items could be reused for sports, the sources said.
Store Controller H.W. Rohitha said that despite having alerted the Director General Sports and relevant officials about this, no positive response has been received thus far. It’s understood following complaint received, Sport’s Minister Faiszer Musthapha had inspected the goods. When contacted the Minister confirmed about the wastage of sports equipment and said he will take strict action against those responsible in the Sports Development Department. He further said after an audit is carried out the goods which can be salvaged will be distributed among the schools and clubs.