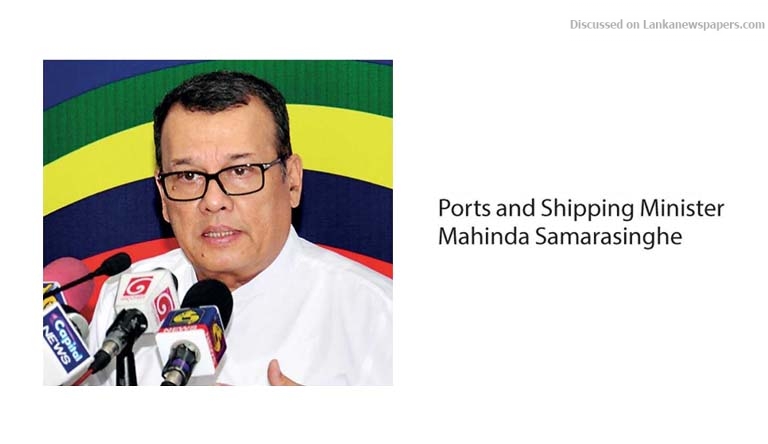 Port and Shipping Ministry is preparing to present a Cabinet paper for procurement of equipment needed to operationalise the East Container Terminal, set to be managed by the Sri Lanka Ports Authority (SLPA), utilising its own funds.

Denying reports that the ECT was to be managed as a Public-Private Partnership, subject Minister Mahinda Samarasinghe, speaking at a press conference held at the Sri Lanka Freedom Party Head Office yesterday, said that the Cabinet has given approval for the Terminal to be managed by the Ports Authority.

The National Economic Council and Cabinet of Ministers have both decided to have the SLPA manage the ECT to ensure “continuity and financial viability of the Ports Authority”, Daily FT learnt. According to sources within the Ports Authority, initial investment was estimated to be $ 100 million under Phase 1 of development.

Following the decision, the Ministry is now ready to go ahead with the much delayed development of the ECT.

“Colombo International Container Terminals (CICT) is the only deep-water terminal able to receive large container ships. It has not reached its capacity, and we need ECT running as soon as possible,” Samarasinghe said.

The Minister is expected to present a Cabinet paper seeking approval to appoint a negotiating committee and technical evaluation committee to proceed with procurement of equipment needed to operationalise ECT under Phase 1 of development.

Further, the same Cabinet paper will also seek approval for leasing of equipment needed to commence work in ECT until the permanent equipment can be procured and delivered, the Minister said.

According to the master plan of the Colombo Port Expansion Project (CPEP), the East Container Terminal has a 1,200m-long quay wall, alongside water depth of 18m and a yard capacity of 2.4 million TEUs.