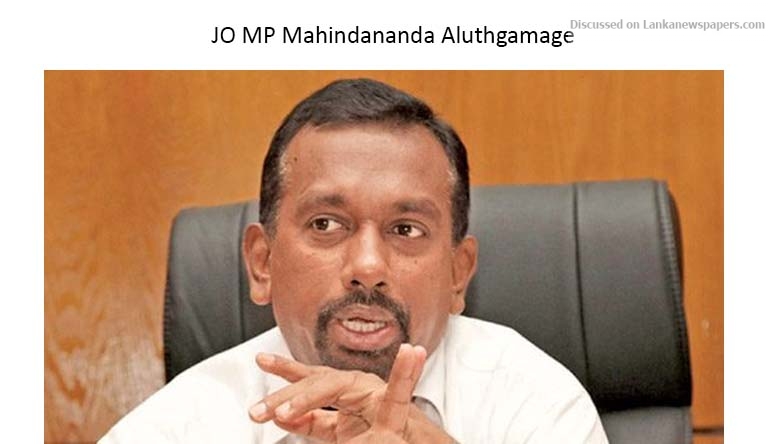 The Government had failed to release the decentralized budget funds to MPs for the past eight months, the Joint Opposition (JO) said today.

JO MP Mahindananda Aluthgamage said the decentralized budget allocates Rs.10 million per an MP and the MPs depend on this fund to facilitate projects at their electorates.

“For the past eight months, no decentralized budget fund was released to an MP. Meanwhile, the government has launched an initiative called ‘Gamperaliya’ to boost the villages. This Gam Peraliya will end up in a Rata Peraliya,” he told a news briefing.

He said the village-level economy was in ruins and several leading utility companies had financially collapsed because the people have no money in their possession to spend.

Meanwhile, he said the construction fees amounting to Rs.25 billion had not been paid to the Road Development Authority (RDA) for projects it had carried out.

Commenting on the newly opened Special Court, the MP said its proceedings should be independent.
“However, only the Justice Minister was available at the opening. Not even the Judges of the Special Court or the Chief Justice was present there.

“The absence of key personnel in the Judiciary raises the question whether this court will act independently,” he said.