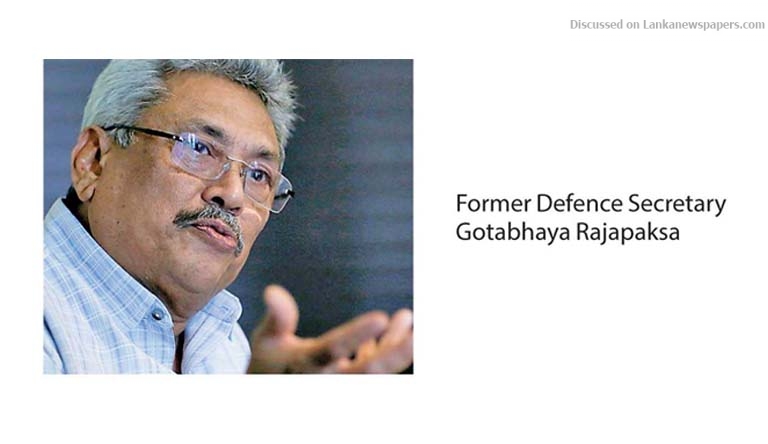 The Presidential Commission of Inquiry (PCoI) appointed to probe allegations of fraud and misconduct at SriLankan Airlines (SLA), SriLankan Catering Ltd. and Mihin Lanka Ltd. has notified former Defence Secretary Gotabhaya Rajapaksa to present himself before it to record a statement later this month.

Similar notices are also to be issued to former Foreign Ministry Monitoring MP Sajin Vaas Gunarawardena, former SriLankan Chairman Nishantha Wickremasinghe and former SriLankan CEO Kapila Chandrasena, it is learnt. The four were key players in the administration and management of the airlines during the tenure of former president Mahinda Rajapaksa.

The former Defence Ministry Secretary was a member of the previous Board of Directors and has been requested to present himself on 29 August. Vaas has been asked to be present to give a statement on 24 August and both Wickremasinghe and Chandrasena have been given notice to appear on 23 August, according to Commission sources. The Presidential Commission of Inquiry began hearings in early June and since then has uncovered a slew of issues including lucrative contracts given without tenders, political appointments, abuse of perks by senior staff and transactions made without following due process. The mandate of the Commission was expanded till the end of this year to provide sufficient time to conduct a comprehensive investigation.