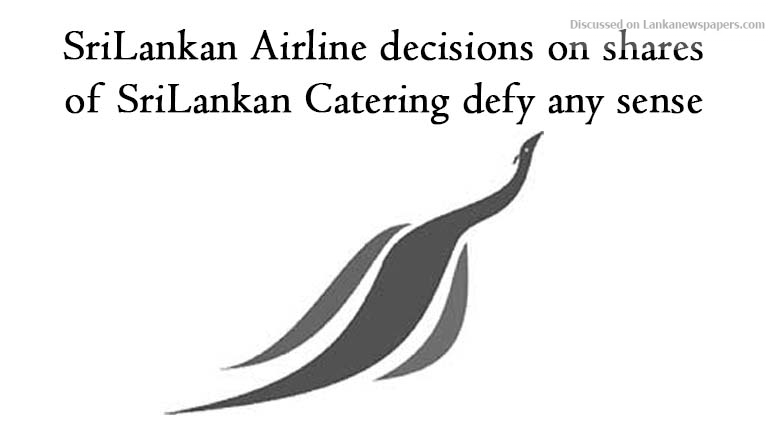 Nalaka Sanjeewa, Manager-Finance at SriLankan catering told the PCoI that the initially the company had one million shares and that had increased to 100 million in September 2009. Out of the 100 mn, the Board of Directors had decided to buyback 40 mn at Rs 100 each.

The PCoI pointed out that the decision to increase the shares to 100 mn and the one to buy back 40 mn had been taken on the same day. Sanjeewa was asked whether the management had evaluated the value of the shares before buying them back, and Sanjeewa answered in the negative.

It was also revealed that the board of directors had increased the shares of SriLankan catering by another 940 mn the following few years. However, most of the funds from issuing the shares had gone to SriLankan Airlines.

The PCoI then observed that SriLankan catering had not benefited from the increase in the share issuance.