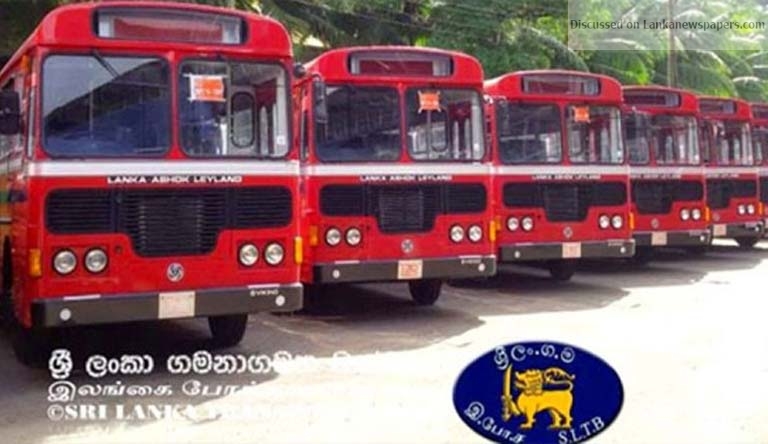 The Sri Lanka Transport Board (SLTB) which was incurring heavy losses for many years, had earned a profit of Rs. 1,618 million last year, for the first time in its history.

“We plan to pay a Rs.10,000 bonus to each SLTB employer this December,” he added. “Now, the SLTB is capable of paying the salaries, EPF, ETF and Gratuity to its employees without delay.”

“We have to admire the service of SLTB workers. They worked hard even sacrificing their lives during several unjustifiable strikes launched by some other services. The SLTB trade unions act in a very responsible manner, negotiating with the management. Therefore, we have allocated Rs.200 million to uplift their welfare facilities,” he added. “We also have a proposal of importing new low-floor buses to the SLTB and removing the old ones from the fleet to provide a more comfortable transport service to the commuters,” the Minister added.