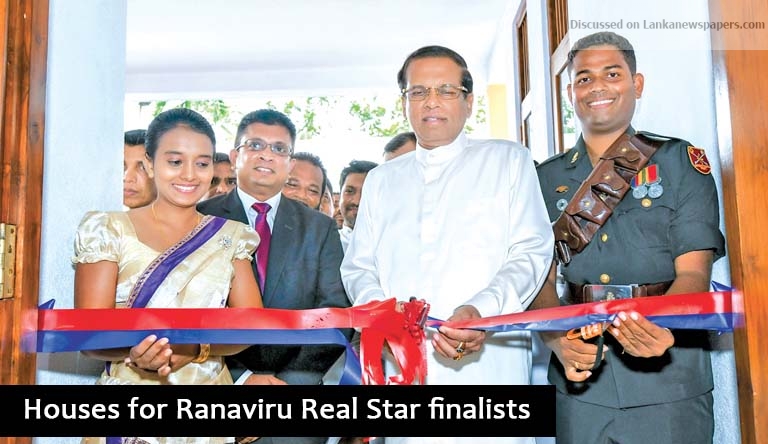 Thirty five members of the Security Forces who were selected to the final round of the Ranaviru Real Star-5th Mission received the ownership of new houses from President Maithiripala Sirisena at a ceremony held at Prabuddhagama in Madurawala, Horana.

President Sirisena opened the house amidst the chanting of Seth Pirith by the Maha Sangha.

Thirty four others received ownership of their houses from the President at the ceremony. Nine houses have been built at this village for these winners who don’t have their own plot of land.

Houses have been built for other winners in their respective areas. Wing Commander Sanath Peris who was selected to the final round of the competition presented a CD containing his songs to the President on the occasion.

The project was funded by Dialog Axiata while the Security Forces provided labour.

The Ranaviru Real Star, a reality show was launched with the objective of promoting the latent talents of members of the Tri Forces.