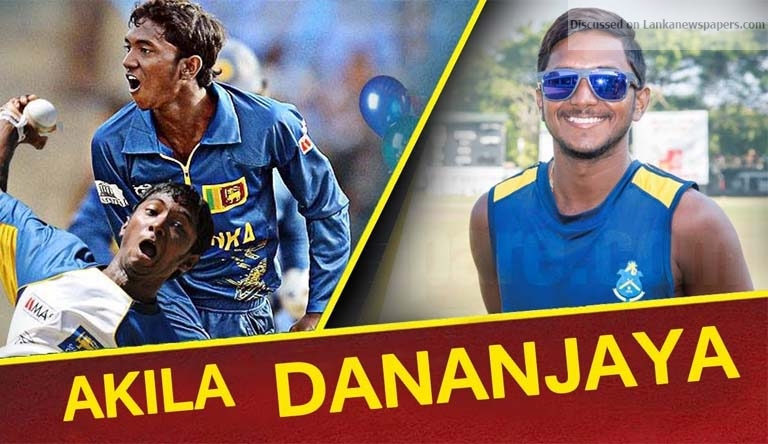 The ‘carrom ball’ that proved to be the undoing of India’s famous batting line-up in the Asia Cup final in 2008 was the talk at RPS Sunday night as off-spinner Akila Dananjaya, who claimed career best figures of six for 29, warned the opposition that he is working on the deadly delivery.

First used by Australian leg-spinner Jack Iverson in 1950s, the delivery had gone out of use until 2008 when Ajantha Mendis ‘reinvented’ the delivery. A surprise pick in Sri Lanka’s Asia Cup squad in 2008, Mendis stunned the Indians in the final picking up six wickets using the carrom ball – a delivery released by flicking the thumb and the bent middle finger.

On Sunday Sri Lanka thrashed South Africa by 178 runs to hand the tourists their third heaviest defeat in ODIs. Dananjaya, who shared the new ball with Suranga Lakmal, finished with the second best bowling analysis against South Africa behind Sunil Narine’s six for 27.

“I don’t have a carrom ball as of new, but I am hoping to work on it and master it,” Dananjaya told journalists.

The variations that Dananjaya was throwing at the South Africans were quite a handful as the batsmen failed to pick his deliveries.

“As of now I use the googly and leg-breaks and that fetch me a good number of wickets. The challenge for me is to work on the accuracy of these deliveries and I can be more effective then. Most of the return catches that I get are as a result of the googly,” Dananjaya said.

“My stock ball is the off-spin. The moment I need a wicket, I throw in the googly and the important thing is to pitch it in the right area,” noted Dananjaya.

Dananajaya finished the series as the highest wicket taker. His 14 wickets came at 17:85 while Lungi Ngidi finished with ten wickets at 20:10.

“Akila has been bowling so well for us over the past year and a half,” captain Angelo Mathews said.

“You can have a couple of off days but he has been consistent with his performances over the past year and a half. He showed once again what he’s capable of. He’s made out of steel. Going for runs in the last couple of games and coming back with a six-for in this game was fantastic,” Mathews added.

The Sri Lankan skipper batted with authority looking like the Mathews of old, who has won Sri Lanka many games. He was left stranded on 97 missing out on what would have been his third ODI century.

“Unfortunately couldn’t get to 100, but fortunate to give a good score to the bowlers. 300 on that wicket – it was kind of a slowish wicket – was a good total. I was finding it difficult in the first 10-15 overs, but fortunately I was able to contribute towards a winning score.”