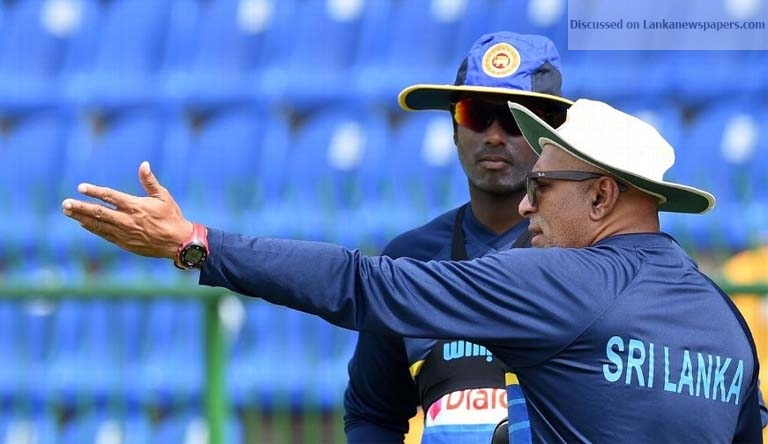 Sri Lanka are in a little bit of a muddle. So woeful have they been in ODIs lately, that it is difficult to say who exactly forms the core of their team, let alone what those individual players’ roles are. So right now, they are trying to experiment, and yet are trying to strike a balance – they also want to give prospective players a good run in the team before they are cast off and new aspirants take their place.

The background to this, of course, is that Sri Lanka are coming out of a period of incredible flux. In the 20 months between the start of 2016 and August 2017, Sri Lanka had fielded no fewer than 39 players in ODIs, as the previous selection committee shuffled cricketers furiously while the team’s performance nosedived. Sri Lanka know now that changing players that often does not yield good results – in fact, it led them to their biggest ODI slump in 20 years. But that time is now running out to nail down their World Cup combinations, and the team is still performing woefully.

“We have an opportunity to try a few combinations, but at the same time we need continuity,” Angelo Mathews said, reflecting on the balance Sri Lanka must now find. With the series against South Africa now dead, this would ordinarily be a good time to trial new players, but Sri Lanka cannot afford to experiment anywhere near the extent South Africa can, because even the hosts’ core players have not begun to perform consistently in this format.

“We will try to give opportunities to whoever who has not played so far, but unfortunately I don’t think we will be able to give everyone the opportunity. This is a learning process and we need to keep the same player as much as we can.”

One of the players Sri Lanka are praying will come good is Kusal Mendis. Although Mendis had an excellent start to the year, playing match-winning knocks in Bangladesh before hitting a Test hundred in Trinidad in June, his form appears to have fallen off since. He has not crossed 40 in his nine most recent innings – across formats. After he had begun this one-day series with scores of 3 and 0, Mendis was moved down the order to No. 4, where he made 31 off 34 balls on Sunday. This shuffling around of batsmen could be a feature of Sri Lanka’s short-term ODI future, while they work out their best combination, Mathews said.

“If you look at the last game or two, Kusal Mendis hasn’t been scoring runs at No. 3. In the last couple of games that he has played, going to the wicket in the first couple of overs when you don’t have runs behind you, can also worry you a little bit. We know the talent that he has got – he is an unbelievably good player. Flexibility has been spoken about in the dressing room – we want everyone to be flexible.”

Sri Lanka have made a conscious decision to request batting-friendly ODI pitches at home, in order to replicate the kind of conditions they are likely to encounter in England next year. Despite the 0-3 scoreline in the series so far, this is a strategy worth persevering with, Mathews said.