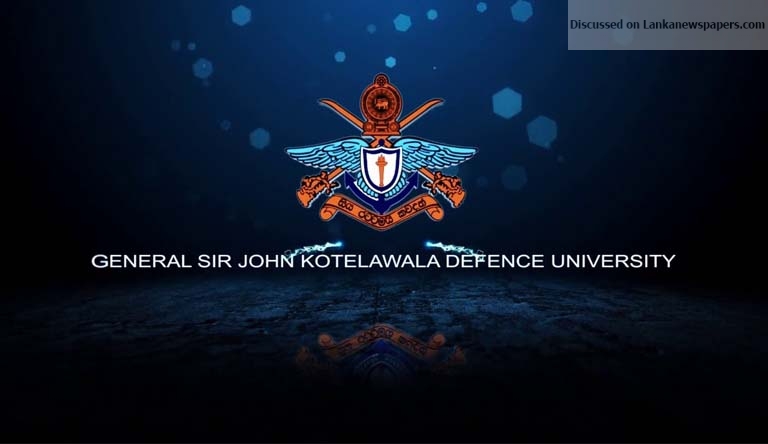 The registration of SAITM students at the KDU would start today amidst strict regulations that those who failed to pay the course-fee by Monday would not be enrolled for the MBBS degree.

The new condition had shattered the dreams of top three students, with the top A/L results to join the University over financial constraints.

It was learned that at least three, including two female students, who have the highest A/L results among the SAITM students, had to give up their enrollment at the General Sir John Kotelawala Defence University (KDU) due to financial difficulties.

Among the top results, there are students with 2As and 1 B, 2As and 1C, 1A and 2Bs and learned that most of the scholarship holders are having a Z-Score over 1.7.

Speaking to the Daily Mirror, parents of the scholarship holders said the with the Government decided to cancel the scholarships their children had faced a severe inconvenience.

“There is no way that we can find Rs. 1.3 million per annum as course fee. We have written to President Maithripala Sirisena to provide us with a relief,” a parent said.

“Our children received scholarships as they have good A/L results. Their time has been wasted and we are helpless as parents,” the parent told the Daily Mirror.

The parents said their children were going through a tremendous amount of stress and anxiety because of the new condition.

They said that their children accepted the scholarship at SAITM solely because of their interest in studying medicine and there was no political intervention behind the scholarships.

According to the parents, the majority of scholarship holders were with high A/L results and their parents were low-income receivers.

They said that the authorities had neglected them stating the scholarships were based on political intervention and refused to grant any relief.

“We assured that the students with top results would have no political connections and were granted the scholarship based on their talent. Our children have to suffer because of the tug-o-war between the two Governments,” a parent said.

They said that the SAITM degree was advertised as the University Grants Commission (UGC) approved one, and as such, the Government was responsible for their children’s education.

“We beg President and relevant Ministers to not to play with our children’s lives. If the SAITM degree was affordable to us then our children wouldn’t be selected for the scholarship scheme. Without checking our financial background, it was inhumane to just reject our children at KDU,” they stressed.

The Students Action Committee of SAITM in a letter had informed the injustice faced by the scholarship holders and said it would stage protests outside the Presidential Secretariat this week.

“We will even resort to fast unto death if our children were rejected today,” a disturbed parent said