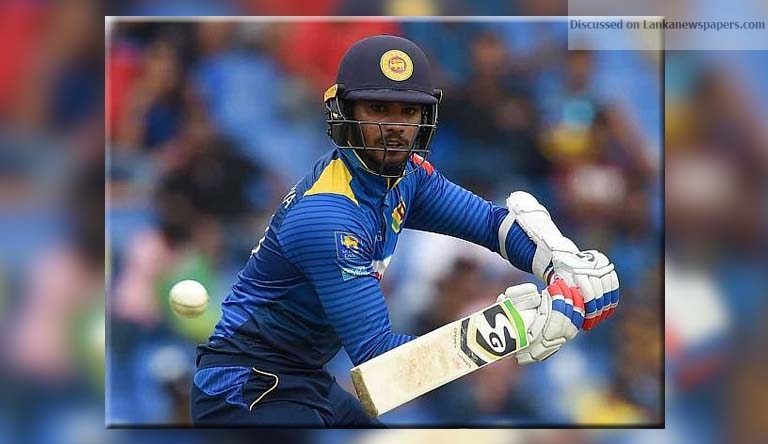 Headlines Sports
August 6, 2018 Lankanewspapers 0 Comments
Hosts Sri Lanka tried to find a different route in order to reverse their fortunes in the ongoing five-match ODI series against South Africa as they opted to field first. Unfortunately though, they crashed to their worst defeat of the series as the Proteas posted a record total of 363 for 7 – their highest in ODIs in Sri Lanka – before they folded up for 285 to succumb to a 78-run loss. With this loss on Sunday (August 5), the hosts have already lost the series 3-0 and will look to avoid getting whitewashed with two games to spare.
Sri Lanka’s batting had misfired in the series so far. The hosts bottled up for 193 in the first game before being restricted to 244 in the next. But there was little reason to blame the batting department in the third game as the bowlers were pummelled all over the park by a largely collective batting show from the tourists. “We are very disappointed about the 3-0 series loss. Everyone is quite disappointed. We didn’t bowl as well as we wanted,” said Thilan Samaraweera, Sri Lanka’s batting coach, after the conclusion of the Sunday clash. “We thought that this pitch would settle down after 2 PM. But unfortunately we gave away 363, and that’s a lot.”
Sri Lanka’s bowlers were put to task, first by Hashim Amla at the top of the order, who scored a 39-ball fifty inside the first ten overs of play, and then by fellow opener Reeza Hendricks, who on his ODI debut, slammed a hundred to become the third South African batsman to achieve the feat. Although the steam died down with Amla struggling in the following overs, Hendricks ensured from his end, that the tourists didn’t entirely lose the plot. In the slog overs, South Africa then cashed in big time with as many as four 15-plus-run overs coming in the last ten overs, and five 10-plus-run overs overall in the same period. With 114 runs conceded in the final ten overs, Sri Lanka not just lost the plot but also the momentum.
Samaraweera identified that period as the biggest low in the game. “Our expectation was to get two wickets in the first 10 overs. We got one wicket, but we gave them a lot of boundary balls in that first 10, just as we did in the last 10 overs. That hurt us. We gave away 363, and that’s a lot. There were about three or four overs in the last 10 overs, in which they scored 18 or 20 runs,” he added.
Once Sri Lanka were chasing 364 to win, their batsmen didn’t have any option but to attack. There were starts for their batsmen right through till their No. 6 batsman and skipper Angelo Mathews but nobody kicked on to convert it into a big score. Thisara Perera was promoted up the order but the move failed to work. However, Dhananjaya de Silva, playing in his first game of the series, kept the hosts interested with his 66-ball 84 but that didn’t prove to be enough.
“When a team gets to 360, you have to play your shots in the chase. Unfortunately, a few of the shots our top order played went straight to fielders,” the batting coach noted. He also had a word of praise for Dhananjaya, who hit the road running with a wonderful knock under pressure. “Dhananjaya did bat very well, and we saw that he made the best of the opportunity that he got. You need someone in the top six to bowl, other than Thisara Perera. Dhananjaya is a better bowler than a part-timer, I believe. He batted in a new position and he did really well. I think that’s a positive for Sri Lankan cricket.”