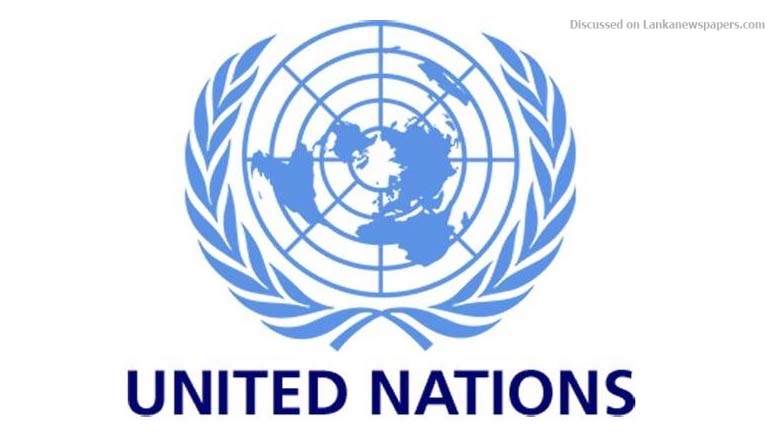 There is “little evidence” that the hope of reform, inclusiveness and justice in Sri Lanka after the country’s transition to a coalition government in 2015 is materialising, the UN concluded in a new report published on Tuesday.

The damning report came after a UN visit to the country at the request of the government. It was issued three years after the country appeared to be on the cusp of major progress with the election of a unity government following decades of civil war.

Ben Emmerson QC, the UN rapporteur on countering terrorism, met with senior Sri Lankan officials on his visit but concluded that progress towards a fair justice system and reconciliation had “virtually ground to the halt” in the country.

“None of the measures so far adopted to fulfil Sri Lanka’s transitional justice commitments are adequate to ensure real progress,” he said in his findings.

He said that Tamils, the minority group whose fighters battled for an independent state for more than two decades, have been left to feel “stigmatised and disenfranchised” on the island.

“The trust of many minority communities that the government is able to deal with all forms of nationalism equally, is eroding,” he added.

More damning for the country’s rulers is his conclusion that serious human rights violations were being carried out, particularly torture, and those responsible were not being held accountable for their actions.

The lawyer said he had heard “distressing testimonies of very brutal and cruel methods of torture, including beatings with sticks, the use of stress positions, asphyxiation using plastic bags drenched in kerosene, pulling out of fingernails, insertion of needles beneath the fingernails, use of various forms of water torture, suspension of individuals for several hours by their thumbs, and mutilation of genitals”.

The Sri Lankan government denies that it perpetuates the use of torture and says that no accusations have been presented to the country’s independent Human Rights Commission. It has failed to respond to a UN report that called for moves toward the creation of a “judicial mechanism” that would investigate allegations of torture in the country.

“Despite the shocking prevalence of the practice of torture in Sri Lanka, the Special Rapporteur notes the lack of effective investigations into such allegations,” the report continued.

The UN official also accused Sri Lankan officials of carrying out “gross miscarriages of justice” through the use of the country’s Prevention of Terrorism Act, or PTA.

“Tamils have been, and still are, overwhelmingly and disproportionately affected by the operation of the Act,” the report said, adding that “a picture emerges of widespread institutional stigmatisation of a single community”.

The government proposed to reverse the law in 2015 but is yet to do so. Many are still being detained through the act, some indefinitely or for “double figures in terms of years,” Mr Emmerson said.

“The pervasive climate of impunity and the lack of accountability for serious human rights violations that occurred both during the conflict and in the aftermath requires immediate redress,” he said.

“The price that Sri Lanka’s future generations will have to pay for the continuation of this legal repression may prove as costly or even costlier than that which has so far confronted the present generation.”