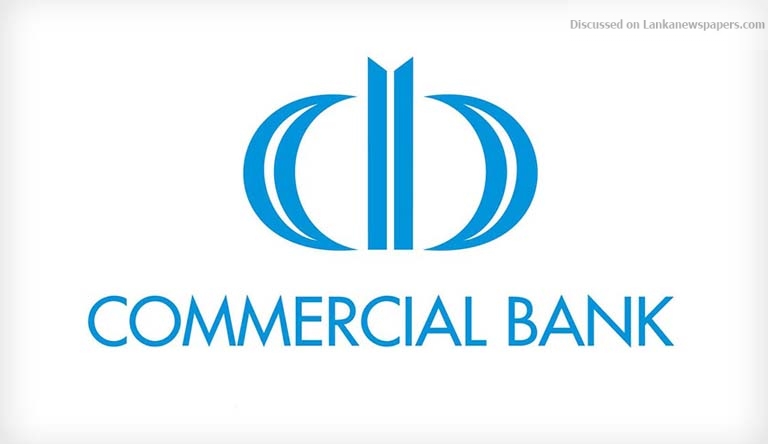 Two years after opening its representative office in Yangon

The Commercial Bank of Ceylon has opened a microfinance company as its second subsidiary in Myanmar, two years after opening a Representative Office in Yangon that offers advisory services, banking, funds transfer and encashment services to Sri Lankan and Bangladeshi businesses operating in the country.

Commercial Bank’s Chairman Dharma Dheerasinghe presided at the formal opening of CBC Myanmar Microfinance Company Ltd. (CBC Myanmar) in Nay PyiTaw on 16th July accompanied by Managing Director Jegan Durairatnam and members of the senior management of the Bank. The company was incorporated as a limited liability company and received a licence in January 2018 to engage in microfinance activities authorised by the Financial Regulatory Department (FRD) of Myanmar.

CBC Myanmar will offer group loans and individual loans to customers who require microfinance facilities and plans to accept savings deposits from the general public with the approval of the regulator.

The business model will be based on a hybrid of Grameen and Association for Social Advancement (ASA) Group lending methodology, adapted to the needs of borrower expectations in Myanmar, a Commercial Bank announcement said. CBC Myanmar will promote access to finance for bottom-of-the-pyramid borrowers, empowering them to improve livelihoods and progress out of poverty. The company will also target the micro and small entrepreneurs where there is a huge unmet demand in Myanmar, considered a virgin financial market.

“We have high expectations for our operations in Myanmar,” Durairatnam said. “The financial sector of Myanmar is still under-developed and has a significant unmet demand for microfinance. The country has attracted the interest of several countries including USA and received assistance from the Asian Development Bank to improve its economy.”

Elaborating on the business model, Mr Durairatnam said: “From inception, CBC Myanmar will take a triple bottom line approach and will focus on both social and financial performance. The lending methodology will be carried out in line with accepted social values. The company will be fully committed to implementing Smart Campaign Client Protection Principles (CPP) as a means of demonstrating its commitment to putting the customer at the centre of the business.”

The key of management posts have been filled by expatriates from Sri Lanka. All other vacancies are expected to be filled through local recruitment, the company said.

Myanmar was Commercial Bank of Ceylon’s second overseas operation after Bangladesh, which the Bank entered in July 2003, with the acquisition of the Bangladesh operations of Credit Agricole Indosuez (CAI), its first ever acquisition of a banking operation. Today, Commercial Bank’s operations in Bangladesh have grown to 19 outlets, and have won numerous awards including the Financial Mirror – Robintex Business Award for outstanding performance, the Financial News Services (FNS) Business Award for the ‘Best Performing Foreign Bank’ in Bangladesh and the ICMAB, National Best Corporate Award.

Commercial Bank’s other overseas operations encompass the Maldives, where the Bank has a fully-fledged Tier I Bank with a majority stake and Italy, where the Bank operates its own money transfer service.