Finance Minister Mangala Samaraweera yesterday issued a statement, apologising for remarks he accidentally made at a press conference.

The full statement is given below. 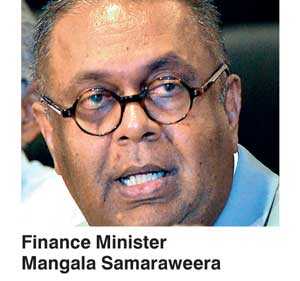 In response to a question on the restoration of Capital Punishment for drug dealers at a press conference last week, while reiterating my opposition to Capital Punishment, I said that certain individuals connected to the drug trade try to cover their sins by being benefactors of society, holding high positions in various organisations or as philanthropists in religious organisations. Inadvertently, I also mentioned Rotarians and Lions Clubs, which I deeply regret.

There may be some individuals in society that join various organisations for such reasons.

However, I fully recognise and acknowledge that this does not in any way diminish the noble charitable work which has been and continues to be done by these organisations throughout the country, especially for the poor, needy, destitute and the vulnerable.

I understand that my comments would have resulted in causing pain of mind to many. To all of them, I express my sincere apologies.