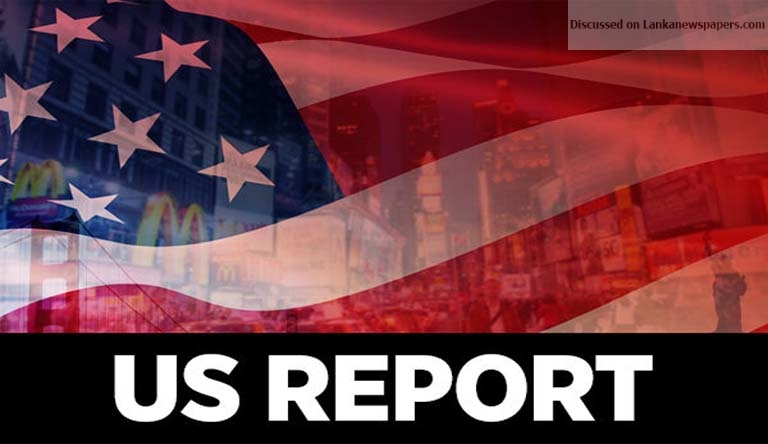 The foreign employment services sector yesterday distanced itself from a damning US report that Sri Lankan women and children were dumped into forced labour in New Zealand (NZ), Egypt, Pakistan and elsewhere. The relevant State officials could not be reached for comment yesterday.

“When there are such international reports that are adverse to the sector in general and the country in particular, the entire garbage is dumped on the legitimate foreign employment service providers  although this should never be the case”, President of the Association for Foreign Employment Agencies (ALFEA) A. L. A. Azzam told Ceylon Today.
He added that State agencies such as the Immigration Department, in particular, should remain more alert at the country’s sole exit port, the airport at Katunayake, to stop questionable persons from leaving the country.
“This is a widespread racket with many individuals involved in a human trafficking syndicate that has the cooperation of errant officials from various State agencies.
Most persons being trafficked out of the country, leave the airport armed with landing or visit visas to various destinations but at the end of the day they end up in forced labour situations.
Towards ending this, both the Immigration Department and the Sri Lanka Bureau of Foreign Employment (SLBFE) could play a more constructive and effective role, but this is not happening”, Azzam said.
He suggested that the Immigration Department could set up a special counter at the exit of passport control and examine suspicious outbound Sri Lankan passengers where each individual could be screened.
“Unlike other officials at the airport the Immigration Department has a wider mandate but it is not been used effectively at present and therefore the pressure mounts on the SLBFE”, he said.
He also added that most Lanka’s foreign missions in labour receiving countries are constantly on a ‘sleep’ mode and this adds to the problem.
The US State Department has in a recent report released yesterday cited Sri Lankan workers among several other countries who are subjected to force labour in countries such as New Zealand and Egypt.
The Trafficking in Persons Report of this year was released in Washington DC on 28 June .
It said New Zealand is a destination country for foreign men and women subjected to forced labour and sex trafficking.
“Individuals, both men and women from countries such as Sri Lanka, China, India, the Philippines, Bangladesh, Pacific Islands and Latin America are vulnerable to forced labour in New Zealand’s agricultural, dairy, construction, viticulture, food service, and hospitality sectors and as domestic workers.
Meanwhile, it said Sri Lankan domestic workers in Egypt who are not covered under that country’s labour laws are highly vulnerable to forced labour experiencing excessive working hours, denial of food and medical care and physical and psychological abuse.
The report said Pakistan is also a destination country for men, women, and children subjected to forced labour, particularly from Afghanistan, Bangladesh and Sri Lanka.
It said men and women from Sri Lanka, Nepal, India, Pakistan, Bangladesh, the Philippines, Indonesia, Sudan, Kenya, Nigeria, Uganda and other countries voluntarily migrate to Qatar as unskilled labourers and domestic workers.
“They often pay illegal and exorbitant fees to unscrupulous recruiters in the labour-sending countries, thereby increasing their vulnerability to debt bondage,” the report said.
Commenting on the measures taken by certain countries to help their nationals subjected to exploitative working condition in Kuwait, the US report said Embassies of Sri Lanka, the Philippines and India maintained their own domestic worker shelters and worked closely with those governments to seek compensation for their nationals.